On a conference call with reporters, U.S. Senator Charles E. Schumer today launched a major push to block any Senate amendment that significantly cuts funding in the Every Child Achieves Act, which the Senate considers ... 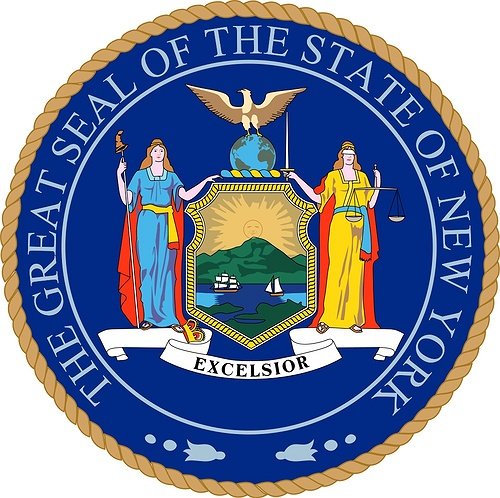 Albany, NY - July 8, 2015 - On a conference call with reporters, U.S. Senator Charles E. Schumer today launched a major push to block any Senate amendment that significantly cuts funding in the Every Child Achieves Act, which the Senate considers on the floor this week. Schumer said this Senate amendment set to be introduced this week would radically change the current formula used to allocate Title I education funds to K-12 schools. These funds are the largest source of federal funding for elementary and secondary education and are key to every state’s ability to improve educational opportunities, particularly for children in New York State. Without these funds, Schumer said New York school districts would be financially overwhelmed and unable to provide critical services to students who most need them.

“As a proud product of the New York public school system, I know how great our state’s schools can be when given the tools, resources and funding to succeed, so I am dead set against any proposed amendment to abruptly slash funding from New York’s public schools. This amendment would take a hatchet to crucial federal funding, which means New York schools could lose out on more than $300 million. This would be a devastating cut that would punish millions of students and teachers across the state, so I will urge my colleagues not to support it and will do all I can to beat it back,” said Schumer. “We can’t afford to pull the rug out from under our school districts over summer vacation. So I will fight this, and any amendment, tooth and nail to make sure there are no federal education cuts made on the backs of hard-working New York State students, teachers and families.”

Schumer explained that the Senate is currently set to consider the Every Child Achieves Act on the floor this week, which would reauthorize the Elementary and Secondary Education Act (ESEA). Signed into law by President Lyndon Johnson in 1965, the ESEA was considered at the time the most far-reaching federal overhaul of the national education system. Its purpose was to provide quality education to students of all income levels by providing grants and federal resources to schools across the nation, particularly to districts serving low-income students. Since its enactment, the ESEA has been reauthorized every several years, with substantial changes being made as federal education policy has changed. The most recent, notable change was made in 2001 when the law was reauthorized as the No Child Left Behind Act (NCLB). In April 2015, the Senate Health, Education, Labor and Pensions Committee unanimously passed a bipartisan rewrite of the ESEA called the Every Child Achieves Act of 2015. This legislation was meant to address many of the shortcomings of NCLB. This bill is set to be considered on the floor of the Senate this week.

As the bill heads to the Senate floor this week, however, Schumer said one of the amendments set to be considered could have a devastating effect on the New York public education system and leave millions of students and teachers without the critical resources they need to succeed. Schumer said this particular amendment, sponsored by Senator Richard Burr [R-NC], would change the formula currently used to determine funding allocations for state and local education agencies.

Specifically, this amendment would radically change the formula that is used by the federal Department of Education to allocate Title I funding to K-12 schools. Schumer explained that, incorporated into the ESEA are several key provisions that cover a wide spectrum of federal education policy, including a critical provision called Title I. The Title I program allows the federal Department of Education to distribute federal funds to school districts and local education agencies (LEA) that serve a high number or percentage of low-income students. Schumer said that the Title I program provides this vital funding to school districts throughout upstate New York, including urban districts where poverty is typically concentrated as well as middle-class rural and suburban districts that also serve low-income students.

Schumer said these Title I funds are the largest source of federal funding for elementary and secondary education, and are key to every state’s ability to improve educational opportunities. These funds are particularly important for children across New York State, where approximately 687 schools receive more than $1 billion. Across Upstate NY alone, there are 560 school districts that receive more than $346 million in Title I funding. Without these funds, Schumer said New York school districts would be financially overwhelmed and unable to provide critical services to students who most need them. Schumer said if this program funding is cut under this amendment, it could force school districts across New York State that have long-received Title I funds to lay off teachers, cut supplemental educational programs, or make other dramatic cuts to their services provided to students.

Therefore, Schumer is urging his colleagues in Congress to reject any amendment to Title I that causes schools, across both New York and the nation, to lose substantial funds so abruptly. Schumer said any measure that threatens New Yorkers is a non-starter and he will fight to ensure such an amendment does not succeed in passing on the floor of the Senate. Schumer said New York’s teachers and students have worked too hard to have the rug pulled out from under them during summer vacation. Schumer said an alteration to the Title I formula without corresponding federal investments in education would have a devastating effect and leave millions of New York school children without a strong education system to prepare them for post-secondary education and future careers.

Schumer outlined just how disastrous these Title I cuts would be for Upstate New York school districts, including the 560 that receive over $117 million to serve children in NY’s neediest public schools:

“NYSUT applauds Senator Schumer’s efforts to ensure that disadvantaged children in New York are not denied critical funds needed to receive a high-quality public education. While there is widespread consensus about the need to end the test and punish system under NCLB, the effort to revamp the current Title I funding formula is motivated more by self-interest rather than on maintaining equity. Instead of creating winners and losers amongst states by manipulating formulas, Congress should be focused on how better to help all states meet the unprecedented issues of poverty they face in schools today to ensure every child has an opportunity to attain a high quality education regardless of the zip code in which they live,” said Karen E. Magee, President of New York State United Teachers (NYSUT).

“A proposed amendment in the U.S Senate to the K-12 Education Bill should alarm every school district in New York State.  This amendment by Senator Richard Burr would result in drastic cuts to education funding, which would be devastating to students and school districts throughout New York State. Thankfully, Senator Schumer is helping to lead the fight against these proposed cuts. The New York State School Board Association supports Senator Schumer in his effort to stop this assault on education funding by the Senate,” said Timothy Kremer, Executive Director of the New York State School Boards Association (NYSSBA).

Schumer said in his conference call that he will oppose any amendment that cuts federal education funding, but this amendment is particularly damaging. Title I education funds are in part based on a state’s average per pupil expenditure. States that invest significant resources in their education system are rewarded and incentivized to do so through the federal formula. In addition, another part of the Title I formula is an effort factor that looks at how much a state spends relative to per capita income (PCI).  States that spend a high percentage on education relative to PCI are rewarded by taking effort into account.  The proposed amendment would both remove the state average per pupil expenditure and the effort factor in the Title I formula. This means that this change hurts states that both spend a lot on education and states that have high effort relative to PCI.

This amendment would eliminate much of the formula funding structure, specifically the PCI provisions and the ‘effort’ factor that still rewards poorer states for showing a willingness to invest in education. It would instead reward states that do not invest as much in education, in essence taking money from low-income students in one state and give it to low-income students in another state. Schumer said this methodology is flawed and not the right way to change federal policy.