Play Ball! Baseball Season Has Begun as the NHL and NBA Enter the Home Stretch

The Mets got off to a hot start, but the Yankees were not so lucky. The Knicks extended their streak to 8, the Nets left the West, and the Islanders and Rangers won last night. 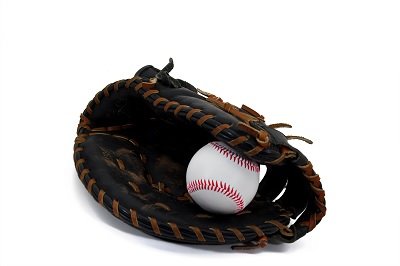 Mets Best Padres
The Mets continued a long tradition of opening day victories yesterday afternoon when they kicked the season off against the Padres.

Jonathan Niese looked sharp in his new role as the number one starter, throwing 101 pitches in six and two thirds innings. He let up two runs, which were all the Padres would get, and picked up a couple of hits for himself while he was at it.

The Mets’ offense had a field day with the Padres, picking up two runs in both the second and third innings, and three in the fourth. They took a 7-2 lead into the seventh inning, when Collin Cowgill’s grand slam made the game a real laugher and put the team over 11-2.

The Mets will continue the opening series against San Diego tomorrow at 7:10 PM.

Yankees Fall to Red Sox
The Yankees had a much less joyful opening day as they hosted the Red Sox yesterday. Following an off-season filled with injuries and controversy, the team could only hold their long standing rivals scoreless for one inning before Boston got to CC.

Sabathia gave up 4 runs in the second inning, and never found the run support he needed to overcome such a shaky start. Francisco Cervelli, who returned to the plate after being sent down to the minors for a year, drove Kevin Youkilis and Vernon Wells home with a line drive single in the fourth, but that would prove all the scoring the Yanks could muster.

CC worked into and out of a bases load jam in the next inning. Having already thrown 102 pitches, he was pulled from the game in favor of Phelps for the sixth inning, who allowed another run to score in one and a third innings pitched. The Red Sox put the final three nails in the coffin with three more runs in the ninth, handing New York an 8-2 loss.

The Yankees will try to recover when they resume the series against Boston at 7:05 PM tomorrow.

Islanders Take 2 of 3 in Division
The Islanders kicked off a trio of games against division rivals with a win over the Flyers last Thursday, but they had to go to Pittsburgh for round two on Saturday.

If the Islanders were told before the game began that they would hold a Penguins team which was using its backup goalie scoreless for nearly two-and-a-half periods, and that Sidney Crosby would be knocked out of the game by a puck to the face early on, they probably would have been ecstatic. Unfortunately, despite all that, the Islanders still could not pull out a victory against the NHL’s hottest team.

Though New York did hold Pittsburgh scoreless until 8 minutes into the third, they themselves were shut out, making a pair of goals by the Penguins midway through the final period more than sufficient to take the game and tie the 1982 Islanders’ record of 15 straight wins for the second longest streak in NHL history. Nabokov blocked 25 of 27 in the defeat.

The Islanders followed the loss up with a high note against the Devils last night. Not wanting to be shutout again, Josh Bailey backhanded a shot in less than a minute into the game. Travis Hamonic put New York up 2-0 six-and-a-half minutes later.

New Jersey got on the scoreboard halfway through the game, but the only scoring afterwards came off the stick of Tavares 9 minutes into the third, giving the Islanders a 3-1 win. Nabokov stopped 24 of 25 in the victory.

The Islanders will host the Jets tonight at 7 o’clock.

A goal 47 seconds into the game would be all that was really needed to win for Montréal, but they closed the first period out with a second, then piled on a third midway through the second period for good measure. Biron stopped 23 of 26 shots on the night, while his team could not get one of their 34 shots on goal to go.

After suffering two full games without a goal, the Rangers found a little more success when they hosted the Jets last night. Stepan put them on the scoreboard early, knocking in the first goal of the night 19 seconds into the game. Winnipeg answered less than a minute later, then took a 2-1 lead midway through the first.

Callahan tied the game early in the second, and Stepan’s second goal gave the Rangers back their lead nearly six minutes into the third. Nash cemented the win with game’s final goal, giving New York a 4-2 win. Lundqvist stopped 26 of 28 shots in the win.

The Rangers will kick off a home-and-home series with the Penguins at 7:30 PM in Madison Square Garden tomorrow.

Knicks Trounce Boston
The Knicks had a very happy Easter as they closed out the season series with Boston this Sunday, and taking it for the first time since 2003-04.

After a 28-23 first quarter in the first quarter the Celtics battled back early in the second, but were quickly put down as New York took control and entered halftime 65-48. The spread remained fairly stable for the rest of the night, ending in a 108-89 victory and 3-1 season advantage for the Knicks.

JR Smith cooled off a bit from his recent string of team-leading 30+ point games, but still posted a double-double with 15 points and 12 rebounds from the bench. Anthony led the team with a double-double of his own, scoring 24 and grabbing 10 rebounds, while Chris Copeland led the bench with 22 points.  Felton scored 18, and both Shumpert and Novak shot for 10.

The victory brought the Knicks win streak to 8 straight, but they fell half a game behind the Pacers who have now played 3 more games this season than New York. The Knicks do have a game advantage in the loss column over Indiana which puts their seeding in their own hands, but it may be difficult not to suffer that loss. In order to stretch their streak to 9 wins they will have to beat the team with the best record in the NBA, the Miami Heat, at 8:00 PM tonight.

Nets Almost Home
The Nets finished their tour of the West this weekend in Utah. After trailing by 5 in the first quarter, Brooklyn got right back up on its feet to tie the game at 52 entering the half.

The game remained close for a short while, but midway through the third the Jazz put together a 15-3 run that would ultimately bury the Nets, who had no answer in the third and could only manage to keep pace with Utah in the final period. Brooklyn lost 107-116.

Brook Lopez scored 27 in the defeat, backed up by Watson who shot for 22. Deron Williams had a double-double in his old stomping ground with 21 points and 11 assists. Brooks and Blatche both scored 10 from the bench.

With that loss, the Nets are now 4 and 3 on their late-season road trip. They have one more game at 7:00 PM tomorrow in Cleveland before returning home to the Barclays Center on Thursday.