We dug into the archives and found this historical photo. 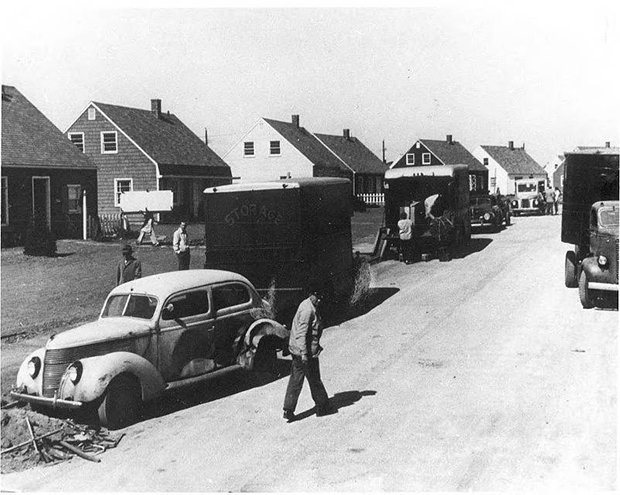 Photo: Levittown History Collection. Image is for private, educational and non-commercial use only.

From the Levittown Public Library collection, this photo shows moving in day in Levittown. On October 1, 1947, the first 300 families moved into rental capes.

According to the Levittown Historical Society, prior to 1947, the Levittown area consisted of two settlements: Jerusalem and Island Trees. Jerusalem began in the 1640’s as a Quaker settlement centered around Wantagh Avenue and Southern State Parkway. After the Civil War, German immigrants coming in from Hicksville established farms along Hempstead Turnpike, Division Avenue, and Bloomingdale Road in an area known from colonial times as Island Trees.