The Yanks and Mets came out on top as an up-and-down week for both teams drew to a close. 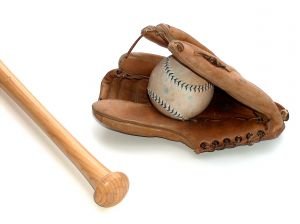 After being swept by the Red Sox, the Yankees travelled to Toronto to face former Met RA Dickey, in desperate need of a win on Tuesday. Andy Pettitte gave them exactly what they needed to accomplish just that, giving up only 1 run on a homer in the bottom of the fourth and striking out 5 as he pitched through six-and-two-thirds innings.

Shawn Kelley allowed the second Toronto run on a solo shot before getting the final out of the seventh—it was the last run the Blue Jays would score, but it was still more than New York could muster as the Yankee offense looked lifeless all night. The Yanks were shutout and Pettitte fell to 10-10 on the season as he took a tough loss in a 2-0 defeat.

New York’s offense continued to stagnate through most of Wednesday night. Phil Hughes went only three-and-a-third innings, as he was pulled in favor of David Huff after allowing a 2-run homer in the bottom of the fourth. Huff gave up a solo shot before getting out of the inning, but it was the only hit he allowed through his three-and-two-thirds innings of work.

The Yanks’ bats finally came alive in the top of the eighth, beginning with a Brendan Ryan ground-rule double and Curtis Granderson single. Robinson Cano drove home the first Yankee run in 17 innings with a single, and Alfonso Soriano knocked in the next on a double. A Vernon Wells hit brought Cano and Soriano both home to put New York ahead 4-3.

David Robertson got the first two outs of the bottom of the inning, but was pulled from the game after affording Rajai Davis a single. Joe Girardi asked Mariano Rivera to work a rare 4-out save, which he did despite starting the ninth with a pair of singles. The Yankees took the game 4-3 and Rivera earned his 44th save of the year.

Hiroki Kuroda ran into trouble early in Thursday’s rubber game, which he started by giving up two singles before notching the first out in the bottom of the first. He was bailed out by some miscommunication on the base paths between Jose Reyes and Brett Lawrie, who were both tagged out at third in an unusual double play. Both men were touching the base which belonged to Reyes at the same time, forcing Lawrie out on Mark Reynold’s tag, but Reyes let go of the base in the confusion and was tagged out by Reynolds as well.

The pair made up for their blunder in the third when Reyes hit Kuroda for an RBI double, and Lawrie knocked in a run on a groundout to put the Blue Jays up 2-0. That score held until the sixth when Curtis Granderson launched a homerun to cut the deficit down to 1, but Kuroda gave up a homer in the bottom half to put Toronto back up by 2.

Joba Chamberlain took over in the seventh, but could not get an out as he let the first two batters on base then gave up a 3-run shot to Adam Lind. The Yankees’ only other run came on a Wells groundout in the ninth; New York lost 6-2.

The Yanks came back to the Bronx, their playoff hopes hanging by a thread, to face the Giants for their last home stand of the season yesterday. Soriano put them ahead with a leadoff homer in the second inning, but CC Sabathia gave up an RBI double in the third to tie the game.

That tie held for some time as New York struggled to hit Tim Lincecum and San Francisco was unable to get past CC again. Sabathia stayed on to pitch seven full innings, which would put him in position to earn a win. With bases loaded and two outs in the bottom of the seventh, Alex Rodriguez knocked one out of the park for his seventh homer since returning from injury, giving the Bronx Bombers a 5-1 lead. The blast broke the Yankees’ tie with the Giants, and A-Rod’s own tie with Yankee-great Lou Gehrig for most career grand slams—it was his 24th.

David Robertson got through the eight with his usual finesses, and Mariano Rivera worked a 1-2-3 ninth despite not being in a save situation. The Yanks won, and CC improved to 14-13 on the season.

The series will continue at 1:05 PM today, and finish (after a ceremony to honor Rivera) at the same time tomorrow. They remain behind several teams for the Wild Card, but will have an opportunity to knock off the Rays after they finish paying the Giants.

Before the Giants went to the Bronx they were already in Queens for a series against the Mets which started on Tuesday. The one-time New York team took an early lead in the second inning when Zack Wheeler walked the bases loaded, then issued a fourth walk to drive in the first run of the game. Former Met Angel Pagan singled in the next run, and Gregor Blanco grounded out to first as another one scored to put the Giants up 3-0.

Eric Young put the Mets on the board in the bottom of the third with an RBI groundout. Wilmer Flores knocked in the next run on a double in the fourth, and Matt den Dekker hit a 2-RBI single to put the Mets ahead 4-3. The lead was short lived as a Buster Posey groundout scored the tying run in the top of the fifth.

Pagan broke the tie with a leadoff homer in the seventh, and brought home the second of two Giants runs in the eighth with a triple. San Francisco scored again in the ninth, which Daniel Murphy answered with an RBI single, but the Mets could not rally as they lost the first game 8-5.

The Mets trailed for most of the night during Wednesday’s follow-up. It began when Aaron Harang gave up a 2-run homer in the third, to which the Giants added another run on an Andrew Brown error in the fourth, and yet another on a Brandon Crawford single in the fifth.

New York remained down 4-0 until Josh Satin’s sacrifice fly put them on the board in the bottom of the eighth. The ninth would not begin well for the Mets as Ruben Tejada injured his leg while fielding a Pagan popup in the top frame; he would leave the game in the bottom half and later discover his right fibula had broken.

On a more positive note, Zach Lutz (who came in to pinch hit for Tejada) doubled in a run in the bottom of the ninth, and Juan Centeno singled in another to cut the San Francisco lead down to 4-3. With the bases loaded and two outs, Satin smacked a 2-RBI single to send the Mets ahead 5-4 and give them a walk-off victory.

Thursday’s rubber game came entirely down to the fourth inning. With Jon Niese on the mound for New York and Madison Bumgarner taking the ball for San Fran, neither team was able to score through the first third of the game. The Giants peppered Niese for 2 runs in the top of the fourth, and Murphy followed Satin’s leadoff double in the bottom half with an RBI single.

Bumgarner gave up just the one run through seven innings of 4-hit ball with 10 strikeouts. Niese also went seven and struck out 4, but gave up 7 hits and eventually took a rough loss. Neither team was able to score again after the fourth; the Giants took the game and the series 2-1.

The Mets travelled to Philadelphia last night for their final series against the Phillies this season, and got off to a hot start against their division rivals. Eric Young led the game off with a double and Daniel Murphy followed with a single. David Wright, who returned from the DL after battling a strained right hamstring, brought them both home with a 3-run blast in his first at-bat to give Daisuke Matsuzaka a comfortable lead.

Andre Brown added to the spread with an RBI single in the third, and Young made it 5-0 on a single in the top of the fourth. Those runs proved vital as a Young throwing error aided the Phillies in scoring 3 runs early in the bottom of the fourth, to which they added another before the inning was out.

Daisuke went on to pitch through the sixth inning, and would improve to 2-3 on the year after Satin knocked in another run in the seventh and LaTroy Hawkins bolted down the ninth inning. Hawkins got his 11th save and New York won 6-4.

The Mets will continue the series at 7:05 PM tonight, and finish it at 1:35 PM tomorrow.