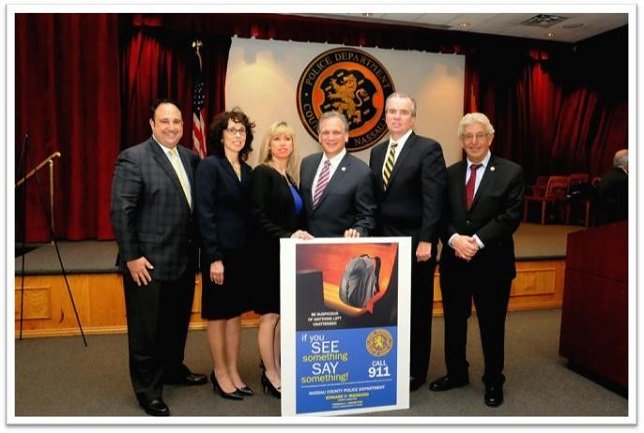 “Nassau County Police will intensify patrols around temples and synagogues during Passover,” said County Executive Mangano. “While at the present time there is no known threat to our county, the Nassau County Police Department is working around the clock with partners in law enforcement to monitor any potential threats to public safety and thank the public in advance for their assistance”

“All religious leaders should know that the Nassau County Police Department will take any and all threats to public safety seriously as nothing is more important than the safety of our residents,” said Acting Police Commissioner Thomas Krumpter. “It is critical that we all be aware of our surroundings and the See Something, Say Something initiative is a great way to raise awareness of such dangers and protect our citizens.”

“Passover is one of the most joyous holidays in the Jewish calendar and JCRC-LI is grateful to the County Executive's office and the Police Department for keeping all residents in Nassau County safe to celebrate our holidays and traditions,” said Executive Director of the JCRC-LI Mindy Perlmutter, LCSW-R.

See Something, Say Something! Residents can help law enforcement by serving as an extra set of eyes and ears. Do not assume a package, bag or box was left somewhere by accident. If you see an unattended package, at or outside of a church, temple, train station, synagogue, mall or high traffic area – or if you see anything suspicious, report it. Let the police know immediately. Dial 911.

Remember dial 911 for any suspicious activity.