Under the leadership of SUNY Stony Brook and New York University, Cuomo has united several other universities and Brookhaven National Laboratory to create a community of academics to conduct research and share resources to better ... 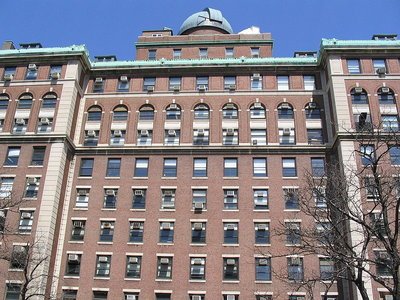 On Friday, Governor Cuomo announced the launch of the New York State Resiliency Institute for Storms & Emergencies (NYS RISE), which he describes as “an applied think tank” approach that will unite academics from across New York to pool research and education on emergency preparedness to better protect the state from future storms.

The Resiliency Institute will bring academic leaders, government officials, national experts, and leaders in emergency response together to conduct research and share scientific information and intellectual resources in order to develop comprehensive plans for policymakers and stakeholders can use to protect communities from the effects of storms.

“Superstorm Sandy, Hurricane Irene and Tropical Storm Lee taught us many lessons from the last three years, but the biggest lesson of all was that we have much more to learn about today’s changing and unpredictable climate,” Governor Cuomo said in a press release.

NYS RISE will inform critical decisions made before, during, and after extreme weather events.  Cuomo says that the institute will undertake projects such as the development of a rapid response plan to protect against future climate-induced storms; creation of proposals to further harden New York’s infrastructure; identifying areas of vulnerability to extreme weather events; and long term planning for storm risk from climate change.

In the meantime, Long Island continues to recover from the impacts of Sandy through the passage of more bills to cover aid to those who could not cover the cost of the damages with insurance or FEMA alone.  Preventative aid funding is also being distributed so that Long Islanders can rebuild their homes to be strong enough to outlast another extreme weather event.