Red flag fire warnings have been issued in several parts of New York State due to dry conditions and rising temperatures, the Department of Environmental Conservation announced today. 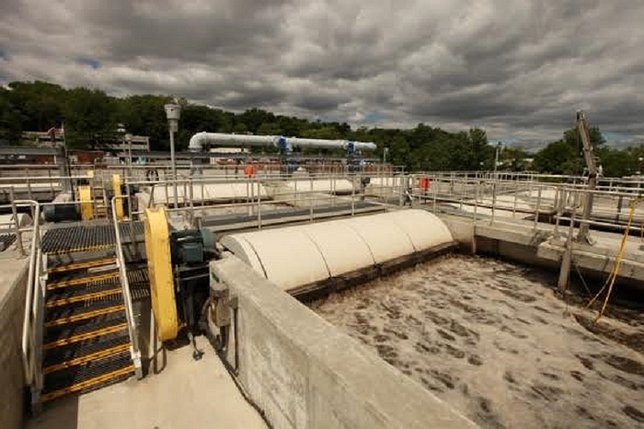 Most regions in New York at at high risk levels for wildfires. Residential brush burning is prohibited through may 14.

The DEC also reminds New Yorkers that residential brush burning is prohibited through May 14.

DEC posts a fire danger rating forecast map on a daily basis on DEC's website. Currently, fire conditions across most of the state are high risk. Red flag warnings have been issued for the Upper Hudson Valley/Lake Champlain area, the Hudson Valley Region from Albany south, the Catskill Mountain region, in New York City and on Long Island. 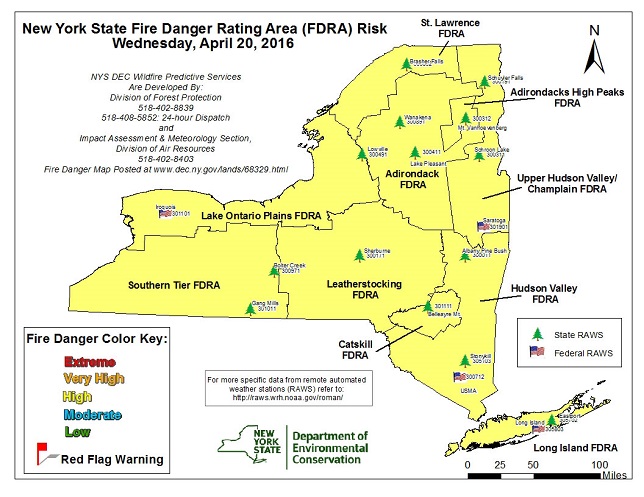 A red flag warning is a short-term, temporary warning, indicating the presence of a dangerous combination of temperature, wind, relative humidity, fuel or drought conditions which can contribute to new fires or exacerbate existing fires.

Open burning of debris is the largest single cause of spring wildfires in the state. When temperatures increase and the past year's debris and leaves dry out, wildfires can start and spread easily and be further fueled by winds and a lack of green vegetation.

New York enacted strict restrictions on open burning in 2009 to help prevent wildfires and reduce emissions. The regulations allow residential brush fires in towns during most of the year, but prohibit such burning in spring when most wildfires occur. In the five-year period since the ban was enacted, the average number of spring fires per year decreased by 33.4 percent, from 3,297 in 2009 to 1,649 to 2015.

The DEC also urges citizens to employ alternatives to burning brush, like chipping wood and downed branches for use as mulch and composting yard waste, leaves and plant clippings for use in gardens.

Campfires using charcoal or untreated wood are allowed, but people should never leave fires unattended and must completely extinguish them before leaving the area. Burning garbage or leaves is prohibited year-round.

Some towns, primarily in and around the Adirondack Park and Catskill Park, are designated "fire towns," and open burning is prohibited year-round in these municipalities unless an individual or group has a written permit from DEC. To find out whether a municipality is designated a "fire town" or to obtain a permit, contact the appropriate DEC regional office. A list of regional offices is available at DEC's website.

Violators of the open burning state regulation are subject to both criminal and civil enforcement actions, with a minimum fine of $500 for a first offense. To report environmental law violations call 1-800-TIPP DEC (1-800-847-7332), or report online on DEC's website.