Schumer Has Recently Taken Serious Issue with the Federal EPA’s Rules, Released in October, That Apply New Standards for the Amount of Lead That Fire Hydrants Can Contain. 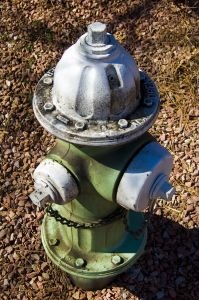 Washington, DC - December 18, 2013 - U.S. Senator Charles E. Schumer announced that thanks to just-passed legislation, the Community Fire Safety Act of 2013, municipalities across New York State will no longer be forced to throw out and replace millions of dollars-worth of in stock fire hydrants after January 4, 2014. Specifically, Schumer announced that legislation, which passed the Senate last night by unanimous consent, will permanently exempt fire hydrants from reduced-lead standards and overturn a recent EPA rule to the contrary. The House of Representatives passed a companion bill last week, sponsored by Representative Paul Tonko, and the law will now go to the President’s desk for signature.

Schumer explained that on October 22nd, the EPA released its interpretation of the Reduction of Lead in Drinking Water Act of 2011, and for the first time disclosed that fire hydrants will be subject to new reduced lead standards, due to the very rare occurrence that hydrants provide drinking water. Schumer said that that this sudden mandate by the EPA had taken local water authorities, public safety officials, and hydrant manufacturers by surprise across the country, demonstrated by the tens of thousands of hydrants – at $1,200 or more a piece – that are sitting in their stockyards ready for installation. Schumer also noted that members of Congress did not intend for hydrants to be included in the new reduced-lead drinking water standards when the law was originally written, noting that bath tub and shower parts are not forced to comply.

“The EPA’s sudden mandate to include fire hydrants, which are not a prime source for drinking water, in their reduced-lead standards was a classic case of federal bureaucracy unwisely harming our local communities and their budgets.  Thankfully, common sense prevailed and members from both parties and both houses came together to pass this bill that saves municipalities across New York millions of dollars in costs that would otherwise be flushed away,” said Schumer.  “I thank my colleagues in the Senate and Representative Tonko in the House for advancing this legislation; it was a commonsense measure and the right thing to do, since the costs outweighed any potential safety benefit.  Last night’s passage was a huge win for local governments across New York who can now avoid needless waste, and for average New Yorkers who are now spared potential rate hikes in the New Year.”

Last night, the Senate approved by unanimous consent the Community Fire Safety Act of 2013, which was passed by the House of Representatives earlier this December.  The House bill was introduced by Representative Paul Tonko (D-NY).  Schumer and Sens. Pat Toomey (R-Pa.), Bob Casey (D-Pa.) and Rob Portman (R-Ohio) had offered a bill identical to the House measure, but used the House bill because it could pass the upper chamber more quickly, which was essential with only a few days left to legislate this year.

Schumer noted that more than just costs were spared, because hydrants must undergo third-party testing to ensure that they meet standards for effectiveness of a hydrant’s fire-fighting capacity.  If the mandate had remained in place, cities and towns might not have been able to secure compliant replacement hydrants in time to meet the new standards.  So if a fire hydrant was damaged after January 4th and needed to be replaced, the municipality may have been unable to do so, due to a lack of compliant hydrants in reserve.  Schumer explained that New Yorkers actually may have been put at risk by the new rule, especially given the increased need for replacement hydrants during the winter months.

Passage of the Community Fire Safety Act of 2013 means that hydrants are permanently exempt from the reduced lead standard and municipalities throughout the state can use their stockpile of fire hydrants, which will save them millions of dollars, prevent rate hikes on water utilities, and will save countless cities, towns and water districts the labor costs and man hours it would have taken to salvage parts and dispense of non-compliant hydrants.  Schumer provided local data on the amount of money municipalities will save thanks to this legislation:

According to local officials in the Capital Region, at least $80,000 in reserve hydrants and parts can now be used after January 4th:

·           Schenectady has 2 hydrants in reserve, valued at $2,400, but the city plans to install them this week in order to avoid wasting them once the law takes effect in January.

·         Monroe County Water Authority also has an estimated $200,000 worth of spare hydrants and parts now in inventory that can now be used.

In sum, at least $40,200 in replacement hydrants can now be used after January 4th:

In sum, at least $75,600 in stockpiled hydrants in Binghamton and Ithaca can now be used after January 4th:

·         According to Binghamton officials, the City has 40 hydrants in reserve, at approximately $1,500 apiece. The City estimates that it would cost upwards of $12,000 in labor costs to break down the existing inventory for parts, if they would have been forced to comply with the new interpretation, for a total of $60,000;

According to local officials in the Cities of Newburgh, Poughkeepsie, Kingston, and Yonkers, at least$411,525 can now be used after January 4th:

New York City estimates that it would have had to throw out over 1,300 hydrants and hydrant parts worth over $1 million, and spend even more in taxpayer money to buy new hydrants that comply to EPA standards. In total, the city would have wasted over 1,300 man hours in the process. Now both labor and stockpile costs have been saved thanks to the passage of the legislation.

Suffolk County Water Authority alone estimates they would have had to throw out $450,000 worth of hydrants and hydrant parts, and spend even more in ratepayer money to buy new hydrants that comply to EPA standards.  Nassau County faced a similar situation. It would have taken hundreds of man hours to order and replace the stock already in existence.  Now both labor and stockpile costs have been saved thanks to the passage of the legislation.