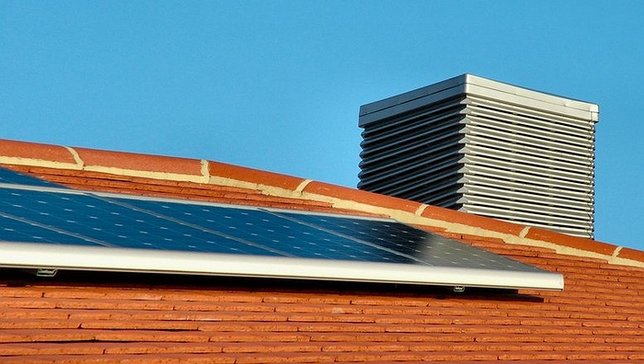 Albany, NY - February 19th, 2016 - Governor Andrew M. Cuomo today announced that 900 solar projects are underway through 26 community “Solarize” campaigns across New York State. A component of the NY-Sun program and the Governor’s comprehensive Reforming the Energy Vision strategy, the “Solarize” campaigns are geared towards locally-organized community outreach efforts aimed at getting more homes and businesses to install solar. The Governor also announced another 31 Solarize campaigns are set to begin this Spring.

“New York is blazing the trail when it comes to transitioning to sustainable energy practices and building a clean energy economy,” said Governor Cuomo. “By helping communities across the state install solar technologies, we are opening the door to new opportunities that will lower household energy costs while protecting the environment years into the future.”

Launched by the Governor in December 2014, New York’s Solarize initiative is a collaboration between the State and local communities. Communities engaged in Solarize campaigns are able to simplify purchasing and obtain discounts for participants on solar projects. The "Solarize" initiative partners with interested residential and business communities to conduct joint purchasing agreements that help lower solar acquisition and consumer costs.

The New York State Energy Research and Development Authority provided a total of $365,000 in technical and marketing support for the 2015 Solarize campaigns. These campaigns saved participants a total of approximately $1.4 million on upfront purchase costs for solar, for an average of approximately $1,590 per residential or business project. Campaigns are managed by community partnerships that include local municipalities, planning organizations, sustainability groups, state legislators and business groups.

The Solarize program is part of NY-Sun, Governor Cuomo’s $1 billion initiative to advance the scale-up of solar energy and move the state closer to having a sustainable, self-sufficient solar industry. In his 2016 State of the State address, the Governor called for additional solar projects to be installed at 150,000 homes and businesses by 2020.

Chairman of Energy and Finance for New York State Richard Kauffman said, “Solar energy is a key component of Governor Cuomo’s Reforming the Energy Vision strategy to reduce greenhouse gas emissions, increase the use of renewable resources and create jobs. These Solarize campaigns are an important tool to enable communities to transition to clean and sustainable energy and serve as the gateway for others across the New York to do the same.”

Results by region from the first 26 Solarize campaigns as of January 2016 follow:

The next round of Solarize projects, beginning this spring, will be led by 12 municipalities, 18 not-for-profit organizations and a private entity working in association with a community group. Some of these new campaigns will participate in New York’s Affordable Solar program, announced by the Governor this past fall, which doubles NY-Sun incentives for households earning less than 80 percent of the area or state median income.

In addition, 13 applications are for Shared Renewable campaigns, which help provide solar and other clean energy opportunities for renters and other consumers unable to have solar on their roofs.

See a list of communities here that are participating in the second round of Solarize campaigns.

From 2012 -2015, New York has seen an increase of 575 percent in the amount of solar power installed and in development, which has also generated a significant increase in the number of solar-related jobs across the State. According to a national report announced in February, New York’s solar industry is now the fourth largest in the nation and currently employs more than 8,250 workers, an increase of more than 3,000 jobs since 2013. In 2016, double-digit job growth is expected to continue with another 1,000 additional jobs created as a result of the state’s robust solar project pipeline.

About NY-Sun
NY-Sun is Governor Andrew M. Cuomo’s $1 billion initiative to advance the scale-up of solar and move New York State closer to having a sustainable, self-sufficient solar industry. The growth of solar in the State has increased more than 300 percent from 2011 to 2014, twice the rate of U.S. solar growth overall. NY-Sun web site.

REV places clean, locally produced power at the very core of New York’s energy system. This protects the environment and supports the State’s goal to reduce greenhouse gas emissions by 40% while generating 50% of its electricity from renewable energy sources by 2030.