A powerful blast went off at a plant in Texas, killing several, injuring over 100, and destroying nearby buildings. 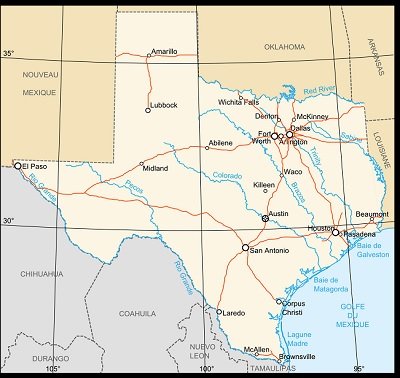 Two days after the tragedy in Boston another explosion has devastated a small community in Texas. The town of West, located about 20 miles north of Waco, has a population around 2,800 and is home to a fertilizer plant which caught fire last night.

Local firefighters were already working to contain the flames when a chemical tank used to treat fertilizer exploded, hurling flames into the sky and sending out shockwaves which could be felt for miles around. The blast, which occurred around 7:50 PM local time (8:50 PM ET), destroyed multiple nearby roads and buildings and caused damage to 50-60 homes within a five block radius.

Some witnesses described the explosion as resembling a nuclear bomb with its powerful force and the mushroom cloud it left behind.  It registered as a 2.1-magnitude seismic event on the Richter scale according to the US Geological Survey and could be felt from over 40 miles away.

As local fire crews fought to contain the flames, residents were evacuated for fear a second chemical tank might also burst. "What we are hearing is that there is one fertilizer tank that is still intact at the plant, and there are evacuations in place to make sure everyone gets away from the area safely in case of another explosion," said a spokesman for Texas State Senator Brian Birdwell.

Concerns rose that the incident may have released toxins, particularly anhydrous ammonia, into the air; however, as the fires began to subside this morning air quality did not appear to be a major issue.

Between 5 and 15 people are believed dead, though that number may rise as recovery efforts continue; several first responders who were on the scene trying to contain the initial fire are still unaccounted for. Local hospitals have reported 160-180 wounded with 16 patients in critical condition and three in serious condition.

Officials will pursue the investigation as a crime scene until proven otherwise as a precaution to ensure no stone goes unturned. Presently there is no evidence that suggests foul play.

Warning: The video which follows contains some foul language.