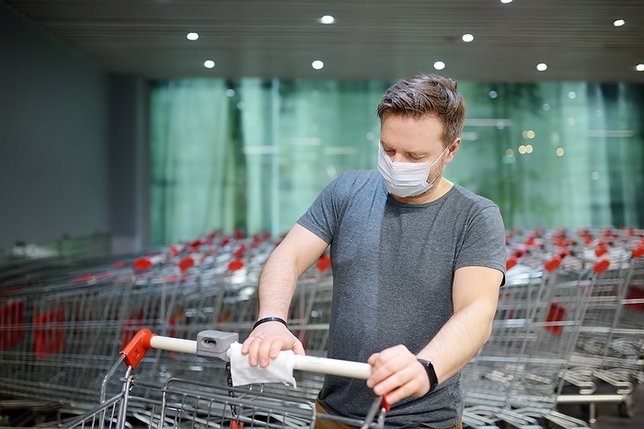 Amid the ongoing COVID-19 pandemic, Governor Andrew M. Cuomo announced he will issue an Executive Order requiring all people in New York to wear a mask or a face covering when out in public and in situations where social distancing cannot be maintained, such as on public transportation. The Executive Order will go into effect on Friday, April 17th.

Governor Cuomo also announced the state will begin conducting antibody tests, prioritizing frontline health care workers, first responders and other essential workers, beginning this week. Using a new finger prick method the state will test up to 2,000 New Yorkers per day. The state is also asking the FDA for expedited approval of a finger prick antibody test that could test up to 100,000 New Yorkers a day. Additionally, the state is continuing to engage with other partners including hospital labs and private companies to bring mass antibody testing to scale statewide.

The Governor will also issue an Executive Order requiring nursing homes to report positive COVID-19 cases and deaths to the families of those who are living in the nursing home facility within 24 hours. The order will include adult home and other assisted living facilities. Previously, State Department of Health issued guidance asking these facilities to communicate this information to families; this new order makes that guidance mandatory.

The Governor will also issue an Executive Order allowing individuals assisting with the COVID-19 response or individuals who have been displaced due to COVID-19 to stay in a hotel in New York City for more than 28 days without becoming a tenant.

The Governor also announced that the State University of New York and The City University of New York are using 3D printers to produce critical personal protective equipment for New York’s frontline health workers. SUNY campuses are producing about 2,100 face shields a day amongst 13 SUNY campuses, its four Cornell colleges, and its four university centers. Teams at six CUNY colleges have adapted their 3D printers and associated materials to make elements that are used in protective face shields for local hospitals. The face shields are being donated to medical teams across the state, as resources are needed by hospitals, nursing homes and testing sites.

“As we continue to flatten the curve and slow the infection rate of the virus we have to build a bridge from where we are now to the reopening of the economy, and the single best tool to do that is large scale testing,” Governor Cuomo said. “We have done more tests than any other state in the nation – more than 500,000 in over a one-month period – but we need to do more and we need the help of the federal government to get people back to work and begin our return to a new normal. We are going to begin conducting antibody testing for our frontline workers and we are currently able to test 2,000 people per day, and we are asking the FDA for approval of a finger prick test that would allow us to test 100,000 people per day. Another part of getting to the new normal is continuing to stop the spread of the virus, and to do that I am issuing an Executive Order that says all people in public must wear a mask or face covering.”