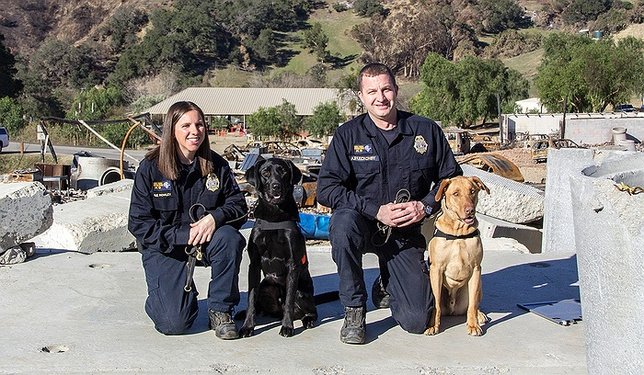 Photo of Brook Rowley and Echo, Adam Leckonby and Marley.