LI’s "Red Light Robin Hood", Steven Ruth: “I Stand Behind My Actions...I’m Trying to Save Lives.”

Stephen Ruth has been disabling and destroying red light cameras across Suffolk County - and he's not planning on stopping anytime soon, despite two arrests.

LongIsland.com sat down with the aptly dubbed "Red Light Robin Hood", Stephen Ruth, to find out why he's been damaging and disabling red light cameras around Suffolk County.

A Long Island man has claimed that Suffolk County’s red light camera program is “dysfunctional and abusive”. To date, Centereach resident Stephen Ruth, 43, dubbed locally as the “Red Light Robin Hood”, has gone as far as alerting media prior to tampering with traffic cameras - nearly twenty in total - throughout the County.

Charged twice in the past nine months, Ruth first made headlines back in August of 2015, when he filmed himself sabotaging a Suffolk County red light camera in Ronkonkoma, which he then promptly posted on YouTube (video below). Ruth's face is clearly visible throughout the entire clip while narrating the process, including instructions on how, in his opinion, is the best way to properly disable the cameras. After the video started garnering attention from the public, an anonymous tip was submitted to the SCPD, and officers subsequently placed Stephen under arrest at his home.

In his original video, Ruth utilized a painter’s extension rod to push the Ronkonkoma-based red light camera upwards towards the sky, obscuring its view from the sea of passing license plates it regularly recorded. This is a feat he pulled off on a total of four cameras before he was caught by authorities, who charged him with Criminal Tampering and Obstruction of Governmental Administration (the legal outcome of these charges are still pending). But the question remains - why did the 43 year-old Ruth out himself as a red light camera saboteur by filming the deed and publically posting the video for all to see?

"Because I’ve never hidden from my actions, and I believe in what I’m doing,” Ruth said. “I stand behind my actions, I don’t hide behind them. I’m trying to save lives.” 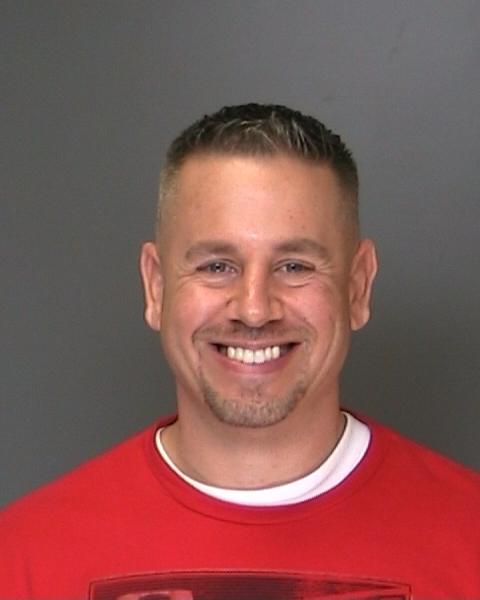 Earlier this week, Mr. Ruth was arrested yet again for tampering with red light cameras - this time disabling as many as nineteen of them in a single weekend. According to the Suffolk County Police Department, the damage caused by tampering with the cameras last weekend has caused in excess of $25,000 worth of destruction.

Stephen Ruth has become a staunch advocate for the removal of the devices, accusing Suffolk County of attempting to use them to generate revenue from local residents - taxation by citation, if you will. Furthermore, despite the County’s claims otherwise, Ruth asserts that accident rates in intersections with cameras are being driven up by as much as 40 percent or more as opposed to being reduced. “Some of those accidents have claimed lives”, Ruth insists. According to a statement by Robert Sinclair, of New York’s AAA, rear-end crashes at traffic lights were up as much as 83% in 2013.

The Suffolk County red light camera program was originally instituted in 2009, with the “official” goal being stated as to increase safety and reduce accidents. Fifty cameras were installed in major intersections throughout the County, which were designed to snap pictures of license plates of motorists who ran red lights. Regardless of who is actually driving the vehicle, registered owners of vehicles found to pass red lights typically receive a citation in the mail a short while afterwards.

Both Suffolk residents and lawmakers have expressed opposition to the cameras; at a 2015 press conference, Legislator Robert Trotta (R-Fort Salonga) stated that the cameras were an example of “money-grabbing” on the part of the County, which he noted is $2 billion in debt. In addition, Trotta pointed out that the camera system actually has a ticket quota it has to meet; if a certain number of tickets are not generated within a 16-hour period, he said, the County has to pay a fee to Affiliated Computer Services Incorporated, a Maryland-based company that runs and maintains the cameras.

Ruth said he first saw the cameras as a problem one day after services at the local church when his priest told him that he felt he had been unjustly ticketed four times; Ruth then decided to do some detective work of his own and see these devices in action for himself.

Ruth, a builder/broker/landlord who has been living in Centereach for the past 16 years, said that after his first high-profile red light camera arrest in 2015, he became something of a folk hero; he received a great deal of support, he said. And it was through that level of support, Ruth alleges, that he discovered how the County was supposedly stacking the deck against drivers in regards to the red light cameras. 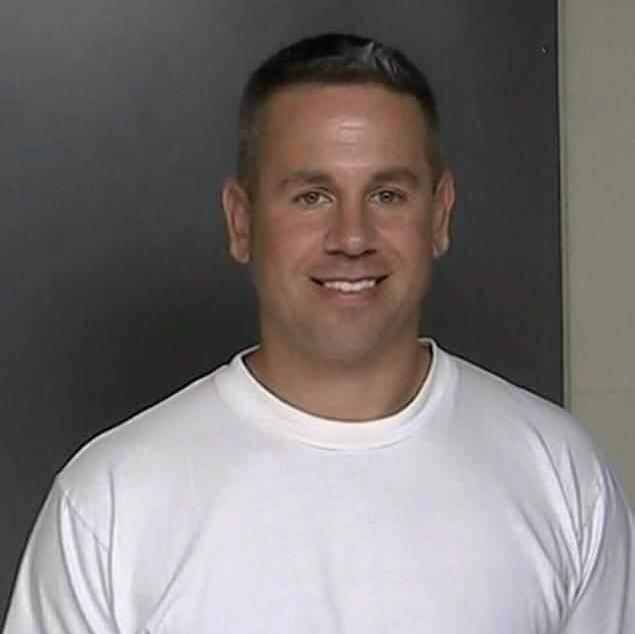 “When I was arrested back in August, the police showed me respect…they didn’t even put handcuffs on me, and they told me that they supported what I was doing. They told me I was onto something very big, but at the time I didn’t know what they meant,” he said. “But after everything blew up, cops started contacting me and telling me that the duration of yellow lights at intersections where the cameras were installed were cut in half from six seconds to three to trick people into getting tickets and to generate revenue.”

Ruth said that he went to these areas and saw the three-second lights for himself, even taking video of the intersections in question and posting the clips on his Facebook page. After conducting further research, Ruth said, he realized that these shortened yellow lights may have contributed to several tragic road incidents since they were installed.

Disabling as many as nineteen (19) cameras between April 9 and April 10 of this year, Ruth pryed open access panels on camera poles and cut video lines; in one instance he cut down the entire pole. Again, in what he said was an attempt to call attention to his cause, Ruth brazenly flaunted his deed by inviting a CBS 2 TV News Crew to interview him at the scene of his crime. After conducting a tour with the reporter and her camera crew, Ruth was once again arrested by Suffolk authorities and charged with Criminal Mischief.

“These cameras are illegal, and people are being hurt and killed trying to beat a short yellow light,” he said. “By cutting the cables on these cameras, I’ve made them dysfunctional, just like the whole red light camera program.”

Ruth also asserts that Suffolk County is adding additional fees to the traffic tickets – above and beyond the $50 fine – that are sent to motorists, an act which he claims is prohibited by a New York State statute  (note: points are not deducted from drivers’ licenses for these infractions). In addition, he also accuses the County of never having the red light camera installation plans officially signed off by a licensed, professional engineer; without such approval, Ruth contends, the cameras are not even authorized to exist to begin with.

A bill sponsored by New York State Assemblyman Chad Lupinacci (R,C,I-South Huntington) is currently pending (assembly Bill A7894), which requires that in communities where traffic-control signal photo violation-monitoring devices are in use yellow signal lights must meet minimum duration requirements.

Ruth noted that he’s been trying to win more lawmakers over to his side, and that he’s even attempted to get the FBI involved in the issue; however, while the Feds informed Ruth that there’s no law governing short yellow traffic lights, he hopes that a bill could be passed in Albany to establish a uniform yellow light time statewide.

The cases against Ruth are still pending, and while he hopes that he doesn’t see the inside of a jail cell again, he said that his campaign against Suffolk County’s red light camera program will nonetheless continue unabated.

“A lot of judges, congressmen, and senators are supporting me, and they all tell me to stay on the path. Even the police support me…they want these cameras gone as well,” he said. “I’m just fighting to get the lights straightened out and to save some lives…I’m not trying to go to jail again if I don’t have to, all I’m aiming for is just to save some lives.”

Calls to Suffolk County Executive Steve Bellone's office for comment on Ruth's claims and accusations were not returned as of press time.

Update - April 15, 2016 - Legislator Robert Trotta announced that he has introduced legislation to the Suffolk County Legislature which would suspend the Red Light Camera Program. Trotta accused the program of being a "money grubbing" ploy to collect fines from citizens, and also referred to it as "taxation by citation." He argued further that the program, which was introduced as a means to reduce traffic collisions and improve safety, has actually had the opposite effect in multiple locations, citing three specific Suffolk red light cameras that have seen a huge spike in both accidents and accidents with injuries.