More and more drivers have received red light violations as cameras have popped up at more intersections across the Island.  Intersections that have cameras are chosen based on an analysis of safety data, including congestion, crash history, and violation data, so that the intersections where drivers are most likely to commit a violation are the ones being watched.

The Suffolk County Traffic and Parking Violation Agency says that studies show that red light camera programs are “effective in reducing crashes at intersections, especially right-angle crashes, which cause the most personal injury, and save lives.”  According to the Insurance Institute for Highway Safety, red-light running led to as many as 171,000 crashes, 144,000 injuries and 887 fatalities in the United States in 2006. Public costs of these crashes total about $14 million per year.

Red-light running at intersections is a problem in Nassau County. The red light camera program aims to change driver behavior to reduce the number of red-light runners and help enforce driver compliance with traffic laws.

In a review of the traffic safety program conducted from 2014-2015:

In both Nassau and Suffolk County, the fine for failing to stop before the line at a red light is $50, and no points are incurred.  Offenders in Nassau County must pay an additional $15 administrative fee, and offenders in Suffolk County must pay a $30 administrative fee. A red light violation cannot be pled to a lesser offense, nor can the fine be reduced.  Both counties use different websites to host images or video of the offender’s car making the red light violation. 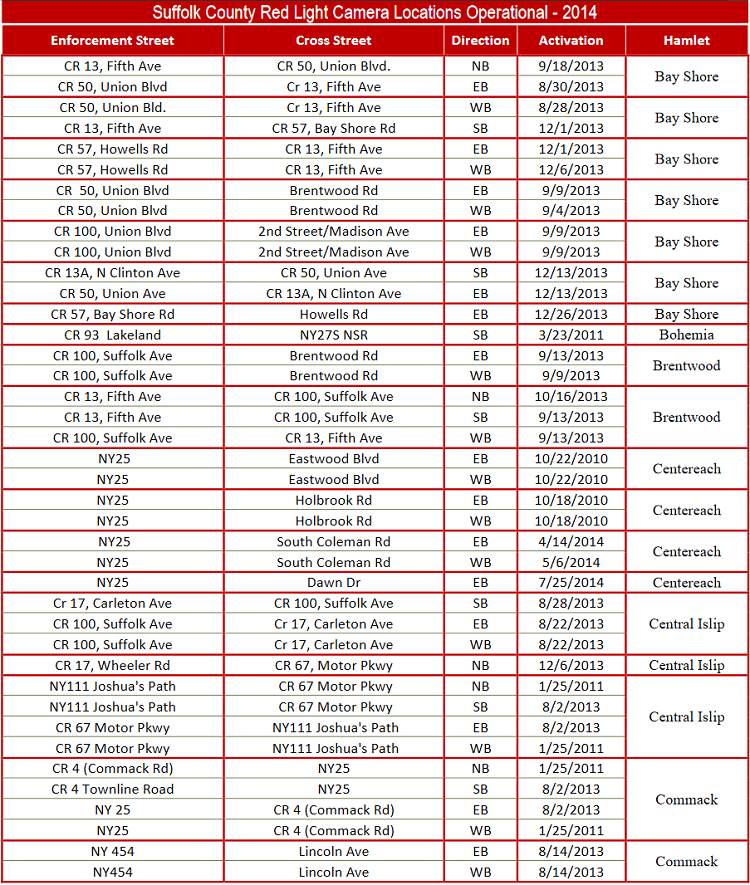 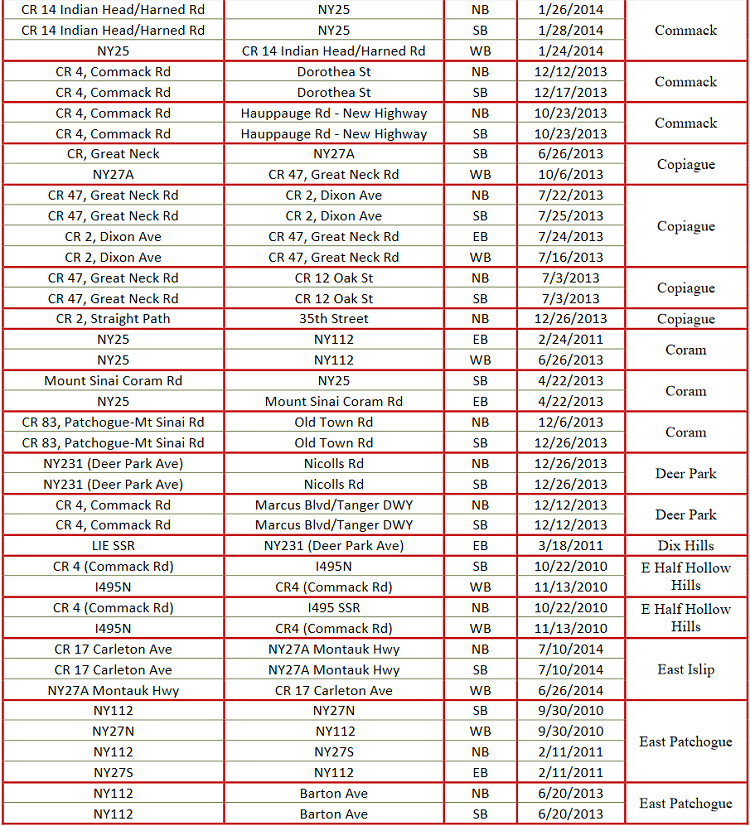 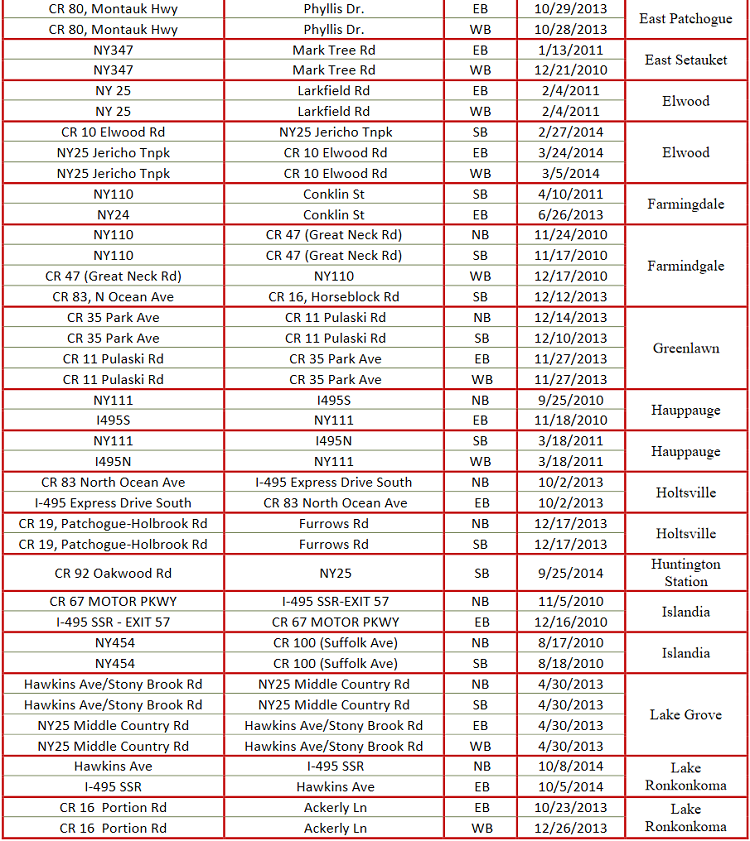 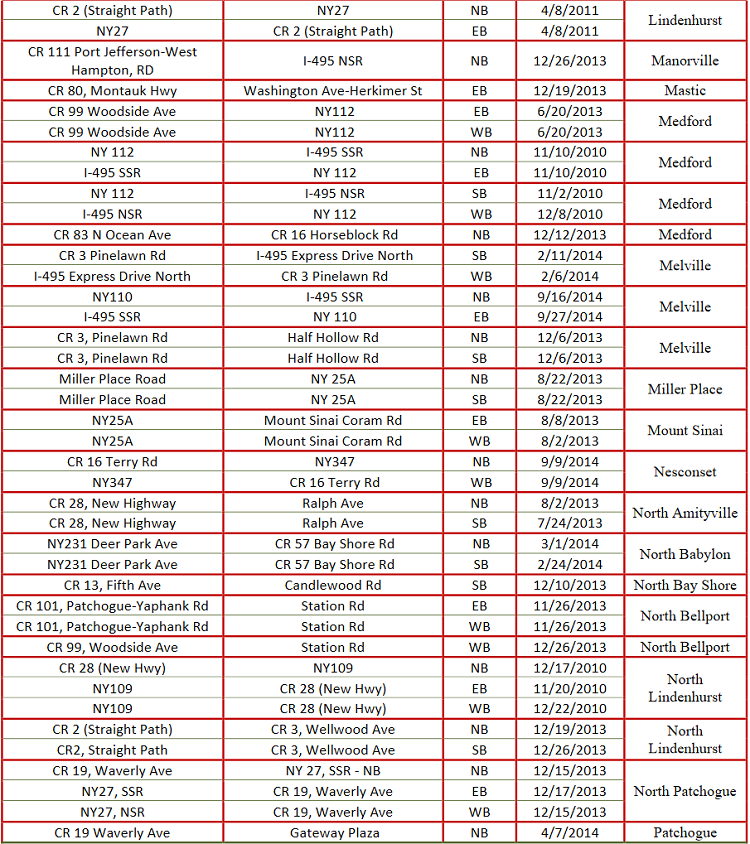 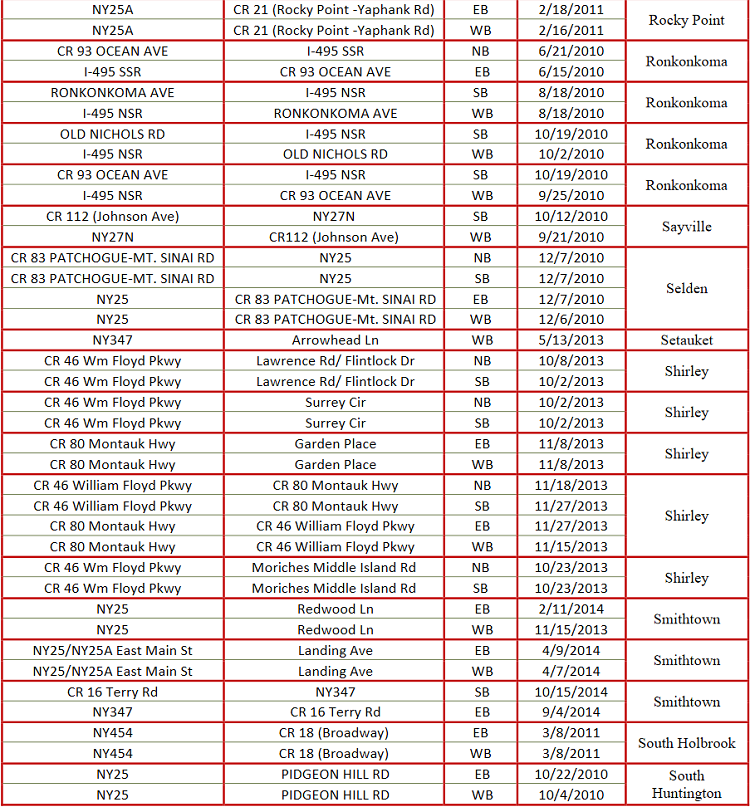 For additional information regarding traffic and travel on Long Island, visit the following pages: