Bay Street Theater is pleased to announce changes to the 2015 Mainstage Season including a special added production. 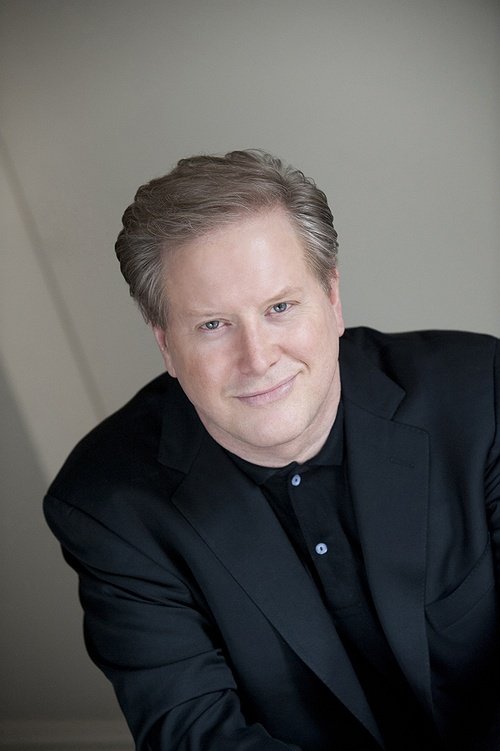 Sag Harbor, NY - April 15, 2015 - Bay Street Theater is pleased to announce changes to the 2015 Mainstage Season including a special added production. Both new plays are East Coast premieres!
The first new production is FIVE PRESIDENTS (June 23-July 12), a new play by Emmy Award-winning writer Rick Cleveland, (Six Feet Under, The West Wing, and House of Cards); directed by Mark Clements. This production was originally produced at the Arizona Theatre Company and the Milwaukee Repertory Theater.  This funny and incisive new drama is about the meeting of America’s most exclusive club – the ex-presidents. Obliged to gather together on the day of Richard Nixon’s funeral, four “exes” and one “current” vent frustrations, revisit old grievances, and reveal the toll that it takes on any person foolish enough to seek the highest office in the land.
Tickets for FIVE PRESIDENTS are currently available with the 2015 Mainstage Season subscriptions. Single tickets will be available beginning May 15.
The second new production is THE DARRELL HAMMOND PROJECT (July 16-26), written and performed by Darrell Hammond; additional material by Elizabeth Stein and Christopher Ashley; directed by Christopher Ashley. This production was originally produced at La Jolla Playhouse.  Comedian Darrell Hammond is best known for his spot-on impressions of celebrities such as Bill Clinton on “Saturday Night Live.” Now he tells the story of the harrowing events that gave birth to his brilliant talent. Join Darrell on “the detective story of his own life” as he delves into the trauma and tenacity that made him a beloved entertainer. Full of raw emotion, humor and plenty of the impressions that made him famous, The Darrell Hammond Project is the story of how a brilliant star rose from the darkest corners of human experience. The show contains strong language, mature themes and adult situations.
THE DARRELL HAMMOND PROJECT will be available as part of a special add-on option for new subscribers to the 2015 Mainstage Season for $49.  Single tickets will be available beginning May 15 starting at $59 and up.
“Bay Street Theater is expanding and growing, and we are excited to now present four productions on the Mainstage this summer,” says Scott Schwartz, Artistic Director for Bay Street Theater. “Both of the plays that we are adding to our season are personal portraits of complicated men. Five Presidents explores not only politics, but also the humanity in our leaders. Rick Cleveland is a writer who knows Washington, and his imagining of a meeting of five of our presidents is riveting. Darrell Hammond’s intimate look at his life in his new solo show delves deep into the dark side of funny, and is a theatrical and searing portrait of how this brilliant comedian found his voice.  The artists we have added to our season in Rick, Darrell, and directors Christopher Ashley and Mark Clements are visionary voices in the American Theater and I can’t wait to share their work with our audience in the East End.”
The Mainstage season will still begin with the World Premiere of THE NEW SINCERITY/ A New Comedy by Alena Smith, directed by Bob Balaban. The production will run from May 26-June 14.  In today’s world, balancing politics, love and the quest for success (along with one’s social media presence) can get complicated.  When her ambitious literary circle gets involved with a rowdy Occupy-style movement, young journalist Rose Spencer finds herself in a love triangle where it’s hard to tell the difference between sincere action and skillful self-promotion.  Alena Smith offers a smart and savvy portrait of a rising generation in her new comedy. Single tickets will be available beginning May 15.
The Mainstage Season culminates with GREY GARDENS/ A Musical, with music by Scott Frankel, lyrics by Michael Korie, and book by Doug Wright, directed by Michael Wilson. The production runs August 4 – 30. Based on the 1975 documentary by Albert and David Maysles, the musical tells the story of Big Edie and Little Edie Bouvier Beale, the eccentric aunt and cousin of Jaqueline Kennedy Onassis.  Set in 1941 and 1973 at the Bouvier mansion in East Hampton, this bold musical follows a mother and daughter on their hilarious and heartbreaking journey from glamorous aristocrats to notorious recluses in a crumbling house filled with memory and cats. The date for sales of single tickets for GREY GARDENS/A Musical will be announced soon on baystreet.org.
The 2015 Mainstage Season is sponsored in part by New York State through the generosity of Assemblyman Fred Thiele and State Senator Kenneth P. LaValle; the New York State Council on The Arts, a State Agency; Town of Southampton; The Harold and Mimi Steinberg Charitable Trust; The Shubert Foundation; and fully or partially funded by the Suffolk County Executive’s Office. Additional support for the musical comes from Adrianne and Jerry Cohen.  Preview weeks for all three Mainstage productions are sponsored by Peconic Landing. Support for new work comes from The Scott Schwartz New Development Fund and the Joseph Stein New Musical Fund.
To purchase a 2015 Mainstage Season subscription, log on to www.baystreet.org or call the Box Office at 631-725-9500 Tuesday – Saturday 11 am – 5 pm. For more information about Bay Street Theater log on to www.baystreet.org.
Bay Street Theater & Sag Harbor Center for the Arts is a year-round, not-for-profit professional theater and community cultural center which endeavors to innovate, educate, and entertain a diverse community through the practice of the performing arts. We serve as a social and cultural gathering place, an educational resource, and a home for a community of artists.