Bay Street Theatre is pleased to announce the return of Corky Laing with his band in an all new show called HEAVY METAL HUMOR on Saturday, September 21 at 8 pm. 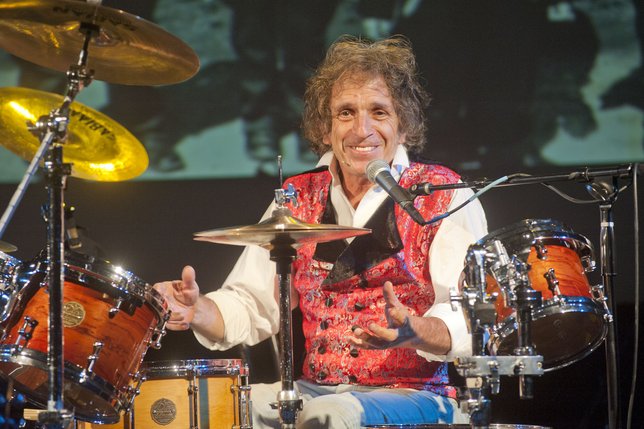 Sag Harbor, NY– August 27th, 2013 – Bay Street Theatre is pleased to announce the return of Corky Laing with his band in an all new show called HEAVY METAL HUMOR on Saturday, September 21 at 8 pm. Tickets are $15 in advance or $25 on the day of the event. Call the Box Office at 631-725-9500 or buy online at www.baystreet.org.

Back by popular demand, and coming from two sold out shows in Nantucket, Laing returns with more music and more musicians! Laing, who wrote the platinum-selling rock anthem, “Mississippi Queen,” as part of the group Mountain, chronicles his life from his innocent early days on the Montreal sock-hop circuit (Bartholomew Plus 3 and Energy) to the pinnacle of rock 'n roll. He has recorded with a long list of legendary artists including Eric Clapton, Mick Jagger, Bo Diddley and Ozzy Osbourne. He has performed with Meat Loaf, Gov’t Mule, the Allman Brothers, and dozens of others. And according to Modern Drummer, Corky Laing “has done as much as anyone in Western culture to turn the cowbell into a rock ’n roll staple”. For more information about Corky Laing, log on to www.corkylaingproduction.com.

“We are excited for Corky’s return to Bay Street,” says Producer Gary Hygom. “A musician of such talent and history as Corky is truly a master of his own art. We are taking his show to the next level by adding more musicians and more music. Glad to have him back.”

“I’d like to think of this show as a retrospective to the last 50 years of Rock and Roll,” commented Laing. “We are going to bring into this show more of what we had earlier this year and deliver what I like to call ‘Heavy Metal Humor’ which I think is going to be nothing short of spectacular.”

Montreal native Corky Laing, co-founder of iconic super groups Mountain and West, Bruce & Laing, comes out from behind the drums and spills all about the Golden Age of Rock, which wasn’t always quite so golden…an era when rock stars were bigger than life, in spite of the fact that many of their lives spun out of control.