Best States for Working from Home: Where Does NY Rank?

To identify which states are most conducive to working from home, WalletHub compared the 50 states and the District of Columbia across 12 key metrics. 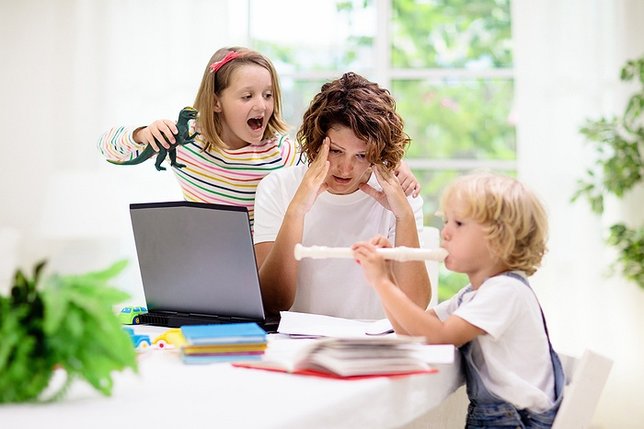 With 71% of people whose jobs can be done remotely working from home all or most of the time during the COVID-19 pandemic, the personal-finance website WalletHub today released its report on the Best States for Working from Home in order to highlight which areas are thriving and which are struggling in this pandemic economy.
To identify which states are most conducive to working from home, WalletHub compared the 50 states and the District of Columbia across 12 key metrics. The data set ranges from the share of workers working from home before COVID-19 to internet cost and cybersecurity. We also considered factors like how large and how crowded homes are in the state. Together, these metrics show how feasible working from home is in terms of cost, comfort and safety. Below, you can see highlights from the report, along with a WalletHub Q&A.
Working from Home in New York (1=Best, 25=Avg.):
Q&A
What do you make of the fact that the majority of people who can work from home would like to do so even after the pandemic ends?
“It makes sense that the majority of people who can work from home would like to continue doing so after the pandemic for many reasons, such as the fact that it eliminates a daily commute and can offer a quieter workspace,” said Jill Gonzalez, WalletHub analyst. “But working from home could also create increased job competition. People can be hired by companies across the world, but also have to stand out among a worldwide field of applicants.”
Why is Delaware the best state for working from home?
“Delaware is the best state for working from home due in part to the fact that the state provides a comfortable environment for working remotely, with the sixth largest average home square footage. In addition, nearly 97 percent of households in Delaware have internet speeds above 25Mbps,” said Jill Gonzalez, WalletHub analyst. “Plus, Delaware has one of the highest percentages of people who could potentially work from home, so many workers can take advantage of these good remote work conditions.”
Why does Alaska rank lowest for working from home?
“One reason Alaska ranks lowest for working from home is that only around 68 percent of households have broadband internet access. In addition, Alaska has the fifth lowest share of potential telecommuters,” said Jill Gonzalez, WalletHub analyst. “On top of that, Alaska is the fourth lowest ranked state when it comes to cybersecurity and has the third highest cost of electricity in the nation. For many people, working from home in Alaska will be difficult, costly and risky.”
How should people approach working at home in order to be as productive as possible?
“People who work from home should treat it the same way as they would going to their place of work normally. They should continue to follow their daily work routine, just without the commute,” said Jill Gonzalez, WalletHub analyst. “It’s important for workers to be punctual and minimize the number of distractions around them from things in their house that wouldn’t be at work, such as a TV. However, workers could consider getting a little extra sleep or having a better breakfast in the time they normally would have spent commuting.”
Should companies continue to allow their employees to work from home even after the pandemic?
“Yes, companies should allow their employees to work from home even after the pandemic, if possible. Having at least some employees work from home creates a more hygienic and less chaotic work environment, and would help minimize the economic damage of future crises like the COVID-19 pandemic,” said Jill Gonzalez, WalletHub analyst. “Letting employees work from home could lead to a general boost in worker morale, too, considering the majority of people who currently work from home want to continue doing so.”