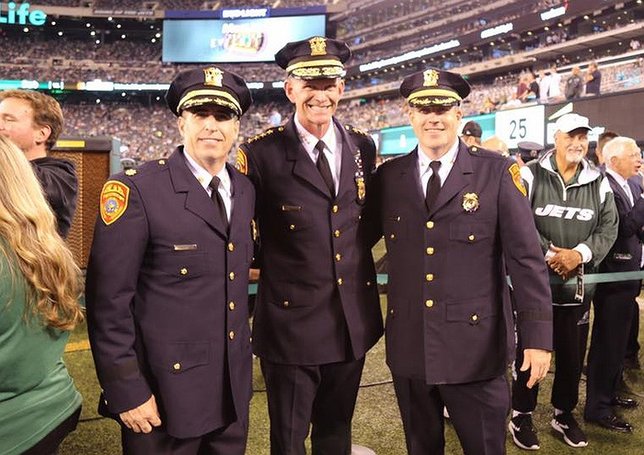 During the New York Jet’s Monday Night Football game versus the Cleveland Browns this week members of the Suffolk County Police Department (SCPD), along with law enforcement officers from around the region, were honored during the team’s annual First Responder Night at MetLife Stadium. 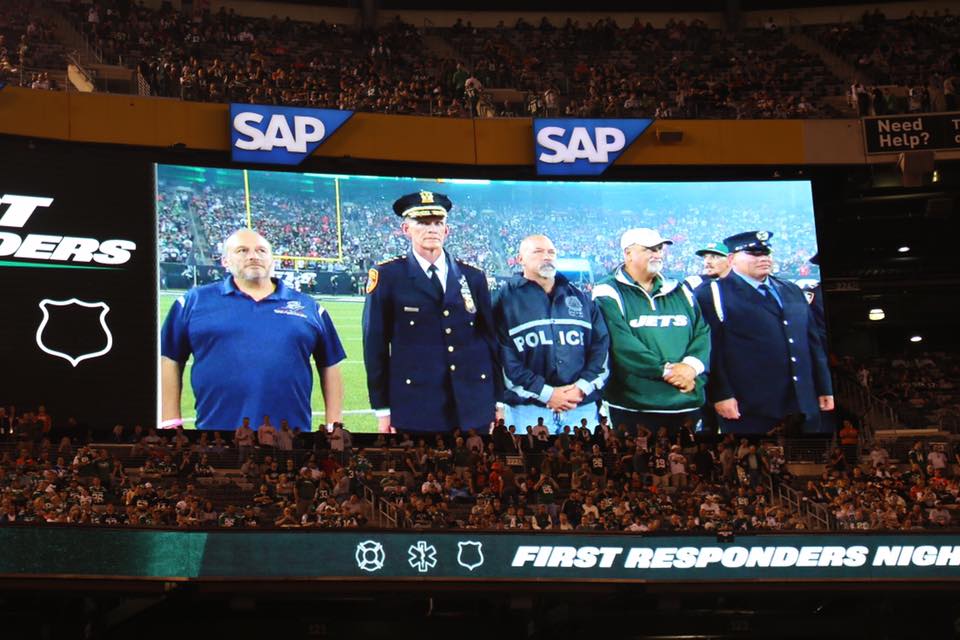 SCPD Chief of Department Stuart Cameron was picked to be an honorary captain and participated in the ceremonial coin toss. He was joined on the field by the brothers of New York City Firefighter Stephen Siller, who tragically lost his life on September 11th.

Siller’s memory and sacrifice is preserved by his family with the Stephen Siller Tunnel to Towers Foundation, an organization that aides first responders. When Siller found the Brooklyn Battery Tunnel closed for security purposes that day he donned his gear and raced on foot through the tunnel to the Twin Towers, where he gave up his life saving others. An annual 5K run is also hosted in New York City to raise money and awareness for the foundation.

“It was an honor to represent the Suffolk County Police Department at the Jets first responder night as an honorary captain,” said Chief Cameron in a statement to LongIsland.com. 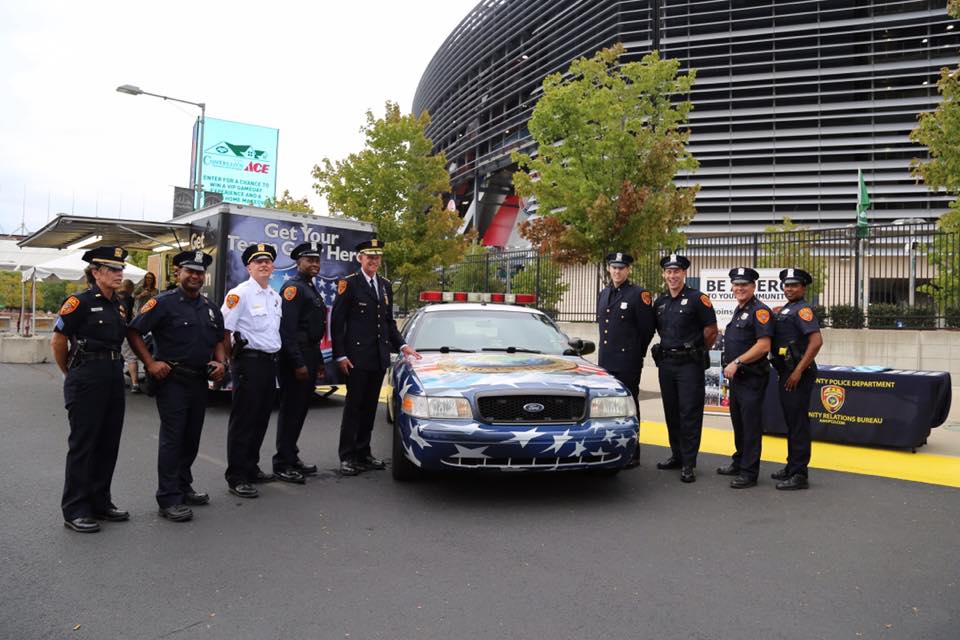 He also noted how the Jets football organization generously donated $25,000 to help restore the Wyandanch football program this year.

The Jets lost to the Browns on Monday night, 23-3.