Several Japanese auto makers are issuing a recall on models with faulty airbags. 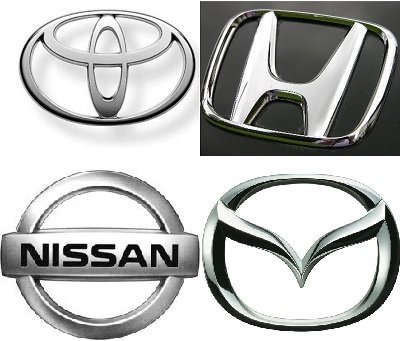 The recalls appear to be mostly related to a faulty airbag system. According to a statement made by Honda "It is possible that the passenger front airbag inflators in affected vehicles may deploy with too much pressure, which may cause the inflator casing to rupture and could result in injury.”  Honda said it was aware of one crash in which the malfunction occurred, but has not seen any injuries reported.

Toyota added that it was aware of 5 airbag malfunctions, but had also yet to hear of any injuries resulting from the issue. Shino Yamada, a Toyota spokesman, said the faulty airbags were produced by Takata, a Japan-based supplier used by regional automakers.

News of the recalls is certainly cause for concern for those driving vehicles which may have the defective inflators, and it has taken a toll on the producer responsible as well. Shares of Takata Corp. dropped 15% at one point following the announcement, though they did rise slightly to close down at a 9% loss.

The recalls could be particularly problematic for Toyota as well. The car maker is not only reporting the highest number of affected vehicles, but is also not far removed from a series of other high-profile recalls. October saw a similar fiasco concerning nearly 7.5 million vehicles which were susceptible to a power window issue that could spark a fire, and from 2009-2010 the company suffered a great deal of bad press when it had to recall 8 million units with sticky accelerator pads.