A Winning Weekend for NY Followed by Mets and Yankees Victories

The Knicks continued their streak this Sunday, and rest of NY did pretty well for itself as well. 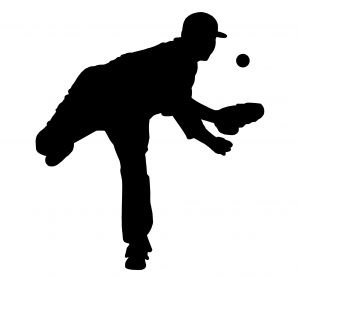 The Mets began the season 2-2, but have now pulled well above the .500 mark… or at least as far from it as three games can put them. After dropping the first game in Miami, the Mets were led by former Marlin John Buck to a win on Saturday.

Down 2-1 in the bottom of the 6th (the 1 New York run coming from a Buck sac. fly back in the 1st), Buck hit a ground ball double to drive in Juan Pierre and David Wright. When he came to the plate again in the next inning he put up another sacrifice fly to score David Wright, accounting for 4 of what would be 7 Mets runs. They won 7-3.

New York played it much closer to the chest on Sunday when they trailed 3-0 after four innings to Marlins starter Jose Fernandez. The young gun struck out 8 in his MLB debut, and looked like he could be in line to pick up a win over Laffey when he left before the 6th with a 3-1 lead. Murphy opened the bottom half of the inning with a homerun, but that would be the only offensive production through the next two innings.

Still down 3-2 in the 9th, Marlon Byrd came to the plate with Tejada on third and Nieuwenhuis on second. He singled, driving both men in and giving the Mets a 4-3 walk off victory.

Having taken two out of three in their first two series, the Mets left Citi Field to meet their long-time rivals in Philadelphia last night.

The team came out swinging, putting up 3 runs in the 2nd on a Buck homer, another run in the 3rd, and 3 more in the 5th. Matt Harvey got the start and the win as he struck out 9 over 7 innings, allowing only 1 run. New York won 7-2.

The Mets will continue the current series at 7:05 PM tonight, and finish it at the same time tomorrow.

Yankees Pick Up Pair of Wins

The Yankees narrowly avoided a devastating sweep to open the season only to lose once more in Detroit’s home opener. They followed that loss with another, as Phil Hughes and Boone Logan were jointly rocked for 4 runs in the 5th inning on Saturday.

A 3 run 6th would make the game close, briefly, but the Tigers answered with two more of their own in the same inning, leading to their eventual 8-4 victory.

Finding themselves in danger of being swept for the second time in as many series, the Yanks turned to their ace to put together a better outing than he did on opening day. CC Sabathia delivered, turning in 7 scoreless innings of expertly pitched baseball.

For their part, the Bronx Bombers lived up to their nickname, stringing together three runs against Verlander between a Cervelli double that scored Ichiro and a Nix homer which came shortly thereafter.

Verlander didn’t give up any more runs after the 2nd inning, but the Yanks picked up two more in both the 8th and 9th to win 7-0.

New York followed the win by visiting a not-so-old friend in Nick Swisher when they traveled to Cleveland yesterday afternoon. It was former Indian Travis Hafner who got things started with a bang, however, as he drove in Cano and Youkilis for a 3-run homer in the 1st.

Cleveland responded in kind, stringing together 3 runs of their own against Kuroda in the bottom of the same inning. Hafner brought Cano home again on an RBI single in the 3rd, establishing a lead to which Cano would later add two homeruns.

The Yanks entered the 9th inning up 11-6 and put Joba Chamberlain on the mound to close things down. Walking Swisher and Lou Marson scared Girardi enough of a fright to have Rivera start warming up, but Jaba got the job done without allowing any runs.

Now 3-4, the Yankees continue their series in Cleveland at 7:05 tonight and finish it at the same time tomorrow.

The Knicks might not have faced Miami in full force when they took down the top seed in the NBA East, but the West’s top team was ready for action Sunday afternoon.

New York was kept alive by great success with the three-ball in the early going, using it to stay on pace with the Thunder in a 31-30 first quarter which favored OKC. The Knicks took control in the second to go up by 9 entering halftime, but a 16-6 run in the fourth gave the lead back to the Thunder.

After wrestling for the lead, Oklahoma would be on top again with only four minutes to go, but a 10-3 run cemented a 125-120 victory for the Knicks. The win extended their streak to 12 straight and knocked the Thunder down to the number 2 seed in the West.

Six Knicks players scored in double digit on a night that saw their bench outscore the opponent’s 55-30. Carmelo Anthony led the way with a 36 point, 12 rebound double-double. He was followed by Smith’s 22 points, Felton’s 16, Chandler’s 15, Kidd’s 14, and Copeland’s 13.

The Knicks will try to extend their streak to 13 against the Wizards, tonight at 7:30.

The Nets had a bit of a scare when they ran up against the worst team in the NBA on Saturday. After managing to fall behind 54-53 entering halftime, Brooklyn asserted itself in the third quarter to take an 83-75 lead, but they would not be able to maintain the gap in the fourth.

Charlotte was back within 1 point as the clock began winding down the final minutes, but a friendly role on a Deron Williams fadeaway put the Nets up 97-94 and kicked off a 10-2 run to end the game, giving Brooklyn a 105-96 win. The final tally might be as expected, but the game remained too close for comfort through most the night.

Williams had a game-high 32 points, while Lopez and Johnson scored 19 and 15 respectively. Evans posted a double-double with 14 points and 20 rebounds, and Blatche scored 16 from the bench.

After splitting a pair of home-and-home games with the Penguins, the Rangers put on a dominant show in North Carolina this weekend. A scoreless first period was followed by an explosive second in which Stepan, Callahan, and Nash combined for three unanswered goals before the 12 minute mark.

The Hurricanes did score halfway into the third period, but Boyle responded with an empty netter in the final second to give New York a 4-1 win. Lundqvist had a busy night, stopping 48 of 49 shots on the night.

The Rangers continued their road trip last night by starting another home-and-home series, this time in Toronto. They continued to keep their offense alive, despite falling behind 2-0 midway through the second, with a shot by Nash 14:55 into the middle period. The Maple Leafs put New York back down by two before the third, but Nash and Stepan combined to tie the game after the break. Unfortunately, the last goal of the night would belong to Toronto. Lundqvist stopped only 24 of 28 as his team fell 4-3.

A chance at redemption will present itself to the Rangers when they host the Maple Leafs tonight at 7:30.

The Islanders are slowly closing in on what could be their first playoff berth in six years. As the season inches towards its end the team picked up another win against the Lightning to maintain their spot as the eight seed in the NHL Eastern conference and stay ahead of the Devils and Jets.

Grabner put a notch on the scoreboard first with a goal nearly fifteen minutes into the opening period. Tampa Bay tied early in the second, but Bailey put the Islanders back up several minutes later. A second  Tampa goal four minutes into the third was met by a shot from Martin which gave New York a 3-2 advantage. MacDonald padded the lead with an empty netter as only 14 second remained on the clock to put Tampa away 4-2. Nabokov stopped 19 of 21 shots in the win.

The Islanders will play the Flyers today at 7:00 PM.