Maritza Lavergne of Central Islip, 30, was driving drunk when her vehicle hit a traffic sign and a tree, cops say. 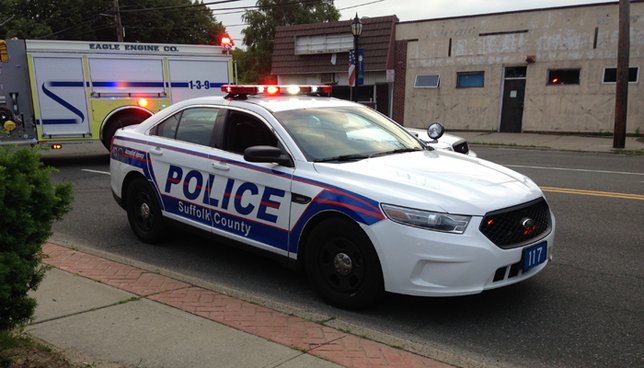 Lake Ronkonkoma, NY - Suffolk County Police on Sunday, April 7 arrested a woman for aggravated DWI, driving with 35 license suspensions, and an interlock violation following a crash in Lake Ronkonkoma.
Maritza Lavergne was driving a 2010 Ford Focus westbound on Portion Road, near Hans Boulevard, when the vehicle hit a traffic sign and a tree. When Fourth Precinct officers arrived at the scene, they observed indicators of intoxication and arrested Lavergne for driving while intoxicated. Subsequent investigation noted her license had been revoked with 35 suspensions, and she did not have a court-ordered alcohol interlock system.
Lavergne, 30, of Central Islip, was charged with two felony counts of Aggravated Unlicensed Operation of a Motor Vehicle 1st Degree, Aggravated Driving While Intoxicated, and Operating a Motor Vehicle Without an Interlock Device. Her vehicle was impounded.
Lavergne is being held at the Fourth Precinct and is scheduled to be arraigned at First District Court in Central Islip on April 7.
A criminal charge is an accusation. A defendant is presumed innocent until and unless proven guilty.