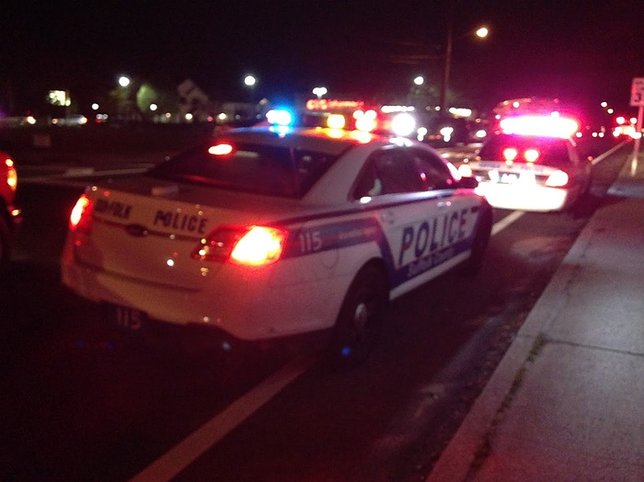 Detectives are asking anyone with information on the wrong-way crash to call the Fifth Squad at 631-854-8552.

Update - December 3, 2016 - Jonathan Valladares, a passenger in the 2004 Infiniti involved in a wrong-way crash in Brookhaven on November 27, has succumbed to his injuries.

Brookhaven, NY - November 27, 2016 - Suffolk County Police Fifth Squad detectives are investigating a wrong-way crash that killed two men and critically injured a third in Brookhaven early this morning. A highway patrol officer was also injured in a second crash during the investigation.

Kevin Melgar was driving a 2004 Infiniti eastbound in the westbound lanes of Sunrise Highway near exit 57 when his vehicle struck a westbound 2001 Chevrolet van, driven by Ozcan Ayyidiz, at approximately 4:05 a.m.

During the crash investigation, a 2014 Isuzu street sweeper drove beyond the road closure and struck two occupied police vehicles, units 908 and 937. Both vehicles had emergency lights activated at the time.

The police officer in unit 908, a four-year veteran of the department, was airlifted to Stony Brook University Hospital where he was treated for non-life-threatening injuries. The occupant of unit 937, a sergeant with 27 years of experience, and the driver of the street sweeper, Robert Cook, 36, of Levittown, were not injured.

Detectives are asking anyone with information on the wrong-way crash to call the Fifth Squad at 631-854-8552.