Pellegrino: "No family should have to worry about whether their water is safe to drink or whether pollution threatens their health and safety." 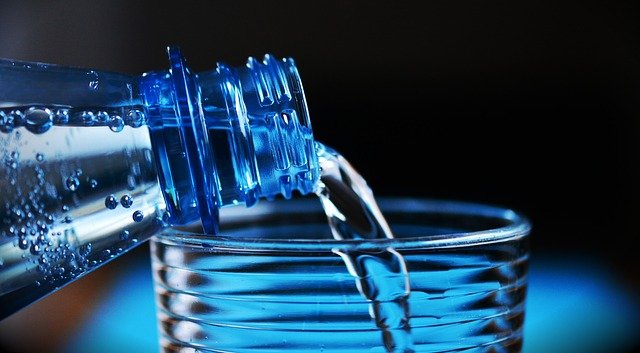 Long Island, NY - April 4, 2018 - Assemblywoman Christine Pellegrino (D-Babylon/Islip/Oyster Bay) announced that she helped pass the 2018-19 state budget, which includes significant funding to protect and preserve the state’s natural resources and ensure Long Island residents have access to safe, clean drinking water.
“No family should have to worry about whether their water is safe to drink or whether pollution threatens their health and safety,” said Pellegrino. “This year’s state budget provides substantial funding to improve our water infrastructure and protect our natural resources to help safeguard our environment – and our communities – for future generations.”
The state budget includes the continuation of New York’s multiyear commitment to funding $2.5 billion for the Clean Water Infrastructure Act to ensure all New Yorkers have access to clean drinking water. It also provides $300 million for the Environmental Protection Fund (EPF). A $65 million initiative, to be funded from both the Clean Water Infrastructure Act and the EPF, will be used to fund programs to help combat harmful algal blooms, which are threatening bodies of water on Long Island and across the state. The governor had initially proposed limiting funding to combat harmful algal blooms to just 12 specific bodies of water throughout the state, but has now agreed to make efforts to combat harmful algal blooms in every body of water eligible for the funding.
In the past five years, the number of algal blooms – colonies of algae that grow out of control, threatening the health of marine life, birds and even humans and their pets – has increased dramatically on Long Island. A September 2017 report found that nearly every body of water or bay on Long Island had experienced a harmful bloom in the past year. Most algal blooms are caused by nitrogen pollution, which seeps into the watershed from septic tanks, cesspools and aging water infrastructure. Critical funding in the state budget will help mitigate nitrogen pollution and safeguard Long Island’s drinking water, noted Pellegrino.
“Algal blooms threaten our community’s drinking water and wreak havoc on marine ecosystems, and it’s clear that we must do more to address the sources of this pollution,” said Pellegrino. “I’ll never stop fighting to ensure Long Island families have access to safe, clean water.”
The budget also includes $100 million in funding for the State’s Superfund Program. Superfund monies are made available for the containment and cleanup of contamination like the “Grumman Plume,” a plume of contamination estimated to be 1.8 miles wide and 3.7 miles long emanating from the Northrup Grumman site and currently traveling south across Long Island with the potential to impact additional drinking water supplies. Assemblywoman Pellegrino also secured $250,000 to fund a study of the feasibility, costs, location and impacts of a sea gate to act as a storm surge barrier on Long Island’s South Shore. Such a sea gate would protect homes during catastrophic storms, like Hurricane Sandy, without damaging the local ecosystem.