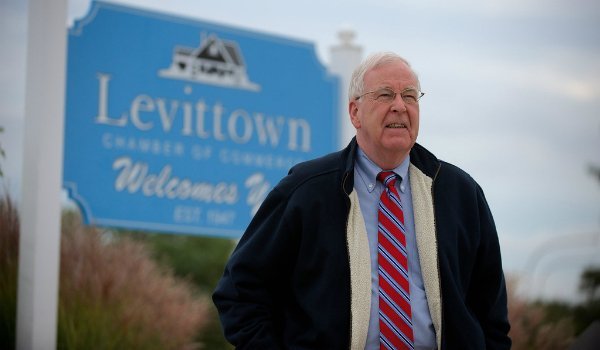 Senator Hannon has announced his goal of protecting New Yorkers from 1,4-Dioxane and other contaminants that can harm their drinking water.

New York, NY - April 28, 2017 - “This week the State took another important step, building upon the actions we took in this year’s budget, to protect New Yorkers from 1,4-Dioxane and other contaminants that can harm our drinking water. I applaud the Governor for this action,” Senator Hannon stated referring to the Governor’s recent release of draft guidance for a “Household Cleansing Product Information Disclosure Program.”  Under this program, manufacturers are required to disclose to the Department of Environmental Conservation and the public through their website the ingredients, including chemicals of concern, used in their products.
Last summer and fall the Senate held a series of public hearings around the state regarding the quality of the state’s drinking water.  “One of the themes we heard throughout these hearings, and particularly on Long Island, was the danger of 1,4-Dioxane in drinking water and the serious lack of testing, reporting, disclosure and measures taken to remediate this contaminant from our water,” explained Hannon.
While the federal Environmental Protection Agency (EPA) has not established a maximum contamination level for 1,4-Dioxane, the chemical is listed on the third drinking water contaminant candidate list and the EPA has established drinking water health advisory levels for the contaminant. However, only certain water systems, mainly those serving over 10,000 individuals are required to test for chemicals on the EPA list under the Unregulated Contaminant Monitoring Rule.
“After hearing these concerns, the Senate issued a report, which among its many recommendations called on the Department of Health to establish state specific standards that are at least as stringent as the EPA health advisories for these unregulated contaminants such as 1,4-Dioxane, and to develop a list of contaminants for which testing would be required by all public systems,” said Hannon. “I am proud to say these recommendations were adopted in this year’s budget.”
Under the enacted budget, the Department of Health must establish a list of emerging contaminants, which must include 1,4-Dioxane, PFOA and PFOS, and is required to establish a notification level, which must be equal to or lower than any federal lifetime advisory level, for all contaminants on such list. Every public water system is required to test for these emerging contaminants and inform the public whenever a notification level is exceeded. The budget also established a Drinking Water Quality Council, which is tasked with informing and advising the Department on inclusion of contaminants on the emerging contaminant list, development of notification levels, and when appropriate, maximum contaminant levels.
In addition to these new requirements, an unprecedented $2.5 billion was included in the budget to fund remediation projects, infrastructure improves and other measures to enhance the state’s drinking water. Importantly, with regards to 1,4-Dioxane specifically, the budget included $1 million for the Center for Clean Water at Stony Brook University to continue its work on a cutting edge advanced oxidative process to treat water 1,4-Dioxane contamination. “The new contamination levels and enhanced testing requirements established will undoubtedly lead to more communities needing funding to remediate their drinking water supplies, and we were sure to include funding for that,” said Hannon.
“The provisions in this year’s budget made great strides in advancing the safety of our drinking water.  The Disclosure Program announced by the Governor builds upon this by even further enhancing transparency and consumer awareness. While more needs to be done, I am proud of the actions the state has taken this year to protect New York’s drinking water and public health,” said Hannon.