By Christian Abbatecola Published: May 15 2014

Schools across Long Island are trimming their proposed budget increases before they come to a vote in May 20th. 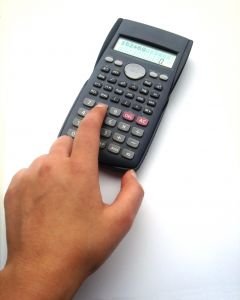 Long Island’s public school districts have proposed the lowest tax increases in years heading into the budget votes that will take place on Tuesday, May 20. On average, spending across the Island’s 124 school districts would increase by 2.27 percent and property tax levies would rise a modest 1.57 percent according to data released by the New York State Education Department.

Under the existing property tax cap, school districts must keep their proposed increase in tax levies under the lesser of 2 percent or the rate of inflation, which is 1.46 percent this year, in order to pass their budgets with a simple majority vote. Budgets that exceed that requirement need a 60 percent affirmative vote in order to pass, though some expenses such as ongoing capital projects are exempt and do not count against the cap.

Statewide, New York schools are proposing a tax levy increase of 1.98 percent, which is the lowest jump in the last five years. 96 percent of school districts are proposing budgets that would stay within their limits.

Even after cost exemptions are taken into account, however, several school districts on the Island will still come in above the cap. Bridgehampton, East Hampton, Patchogue-Medford, Sayville, and West Babylon are among those that will require a 60 percent vote in order to pass their proposed budgets.

A massive tax levy increase of 8.76 percent has been proposed by the Bridgehampton Union Free School District, which is also looking at a spending increase of nearly 10 percent. The district points to a decrease of over $2.5 million in state aid compared with 2008-09 as cause for a need to increase local taxes. Bridgehampton will receive more state aid for 2014-15 than it did during the current academic year, but only by a margin of about $180,000.

Three quarters of New York Schools that exceeded their cap last year did not pass their first vote, compared with a 98.3 percent success rate for schools that stayed under the cap. 7 schools on Long Island, all of which came in above the cap, failed to pass their budgets on the first try last year.

According to the New York State School Boards Association, 97 percent of NY districts will be relying on reserve funds in order to stay under the cap. A collective $1.2 billion in fund balance will be consumed to lower taxes for the 2014-15 school year.