NYSERDA is on course to become the first state entity in the nation to participate in a federal auction for an offshore wind site. 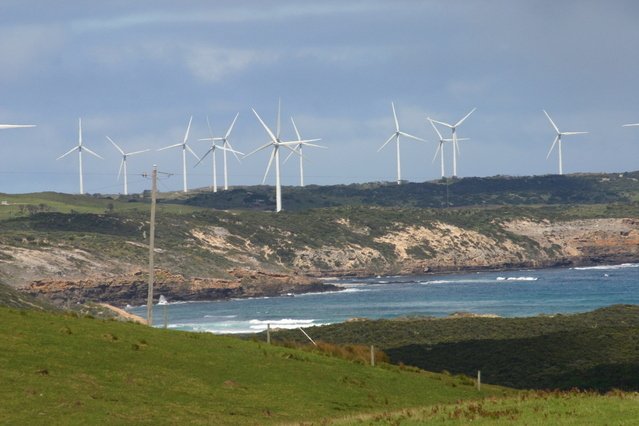 NYSERDA submits documents and bid deposit to participate in federal auction December 15 so the State can lead development of offshore wind off New York.

Photo by: PenguinFB, via Free Images.

Long Island, NY - November 30, 2016 - The New York State Energy Research and Development Authority (NYSERDA) is on course to become the first state entity in the nation to participate in a federal auction for an offshore wind site. NYSERDA has submitted the required documentation and a bid deposit to the U.S. Department of the Interior's Bureau of Ocean Energy Management (BOEM) to take part in an auction for a 79,350-acre Wind Energy Area located 12 miles off the Long Island coast.

NYSERDA submitted qualifications and bidder's financial forms for the December 15 auction, which is a blind, ascending bid, online auction with the asking prices set by BOEM. In recognition of public comments regarding the potential benefits - such as reduced costs and greater certainty for developers - from public entities winning the lease area, BOEM is offering a 10 percent non-monetary credit to qualified bidders who meet the definition of a "Government Authority." NYSERDA has submitted the required documentation and requested this 10 percent credit.

Offshore wind supports Governor Cuomo's Reforming the Energy Vision strategy to build a clean, resilient and affordable energy system for all New Yorkers. It has the potential to become a significant source of renewable power and economic development for New York. If NYSERDA wins the auction, its approach to the development of the Wind Energy Area will provide developers and consumers with greater certainty, fewer risks and lower costs. Offshore wind will advance the State's efforts to reduce harmful greenhouse gas emissions, combat climate change, and responsibly secure 50 percent of the State's electricity from renewable sources by 2030.

"Offshore wind is crucial to meeting New York's ambitious energy goals under Governor Cuomo," said John B. Rhodes, President and CEO, NYSERDA. "If NYSERDA is successful in the bidding, we will engage all involved stakeholders and ensure that offshore wind in New York is developed responsibly and in a way that balances the needs of all constituents, including coastal communities and the fishing and maritime industries. We will also ensure that the site will be developed competitively for the greatest benefit for all New Yorkers."

In addition to being a winning strategy for New Yorkers, NYSERDA's plans are positive for offshore wind developers. NYSERDA has developed the Offshore Wind Blueprint that creates a framework for the responsible development of wind energy generation off the coast of New York and has launched several site assessment and characterization studies, with plans to initiate many others over the coming months. These activities will inform the state's comprehensive Offshore Wind Master Plan, originally announced by Governor Cuomo in his 2016 State of the State address.

The Master Plan, to be released in 2017, will identify additional offshore wind sites beyond the current BOEM area being auctioned and will also set targets for capacity and commercial operation dates for each site. After acquiring the new sites, NYSERDA will bundle site assessment and characterization study results with financeable offtake agreements for the purchase of the electricity produced by the turbines, and hold competitive solicitations for each site for companies interested in developing projects.

The studies will help developers better understand the potential for electricity production from each site, the most cost-effective type of structures to build, environmental issues to weigh, and engineering challenges to consider. This reduces risk for developers which in turn reduces the costs of offshore wind energy for New York ratepayers. The cost savings for New Yorkers will be multiple times NYSERDA's investment to acquire and complete the studies at the sites.

Competition is critical in New York's plans for offshore wind and has been a component of all of New York's historical large-scale renewables procurement. Competitive solicitations by NYSERDA for large-scale renewables in New York have led to the successful construction of over 1,900 MW of land-based wind. NYSERDA is participating in the BOEM auction so it can create competition when it counts - after taking into account stakeholder input regarding how the site is developed, completing studies and bundling the site with an offtake agreement, reducing risks and allowing developers to reduce margins for unknowns.

NYSERDA's planned approach to developing offshore wind is modeled after similar approaches used in Europe, which have dramatically reduced offshore wind project costs there. Bloomberg New Energy Finance recently reported that competitive bidding has driven the global cost of energy from offshore wind down 28 percent in the past 12 months.

About Reforming the Energy Vision
Reforming the Energy Vision is New York Governor Andrew M. Cuomo's strategy to build a cleaner, more resilient and affordable energy system for all New Yorkers. REV places clean, locally produced power at the core of New York's energy system which protects the environment and supports the State's goal to reduce greenhouse gas emissions by 40 percent while generating 50 percent of its electricity from renewable energy sources by 2030. Successful initiatives already launched as part of REV include NY-Sun, NY Green Bank, NY Prize, K-Solar, and includes a commitment to improve energy affordability for low-income communities. To learn more about REV, please visit www.ny.gov/REV4NY or follow us at @Rev4NY.