During the month of March, music students across New York State are invited to take part in a Practice-a-Thon with all proceeds going to support the work of local foodbanks 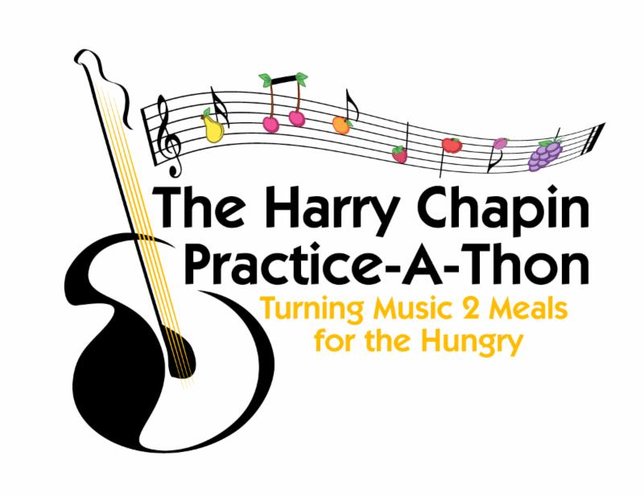 North Merrick, NY - November 26th, 2013 - What began as an innovative program within the North Merrick School District to raise awareness and money to help the hungry on Long Island is now expanding to a statewide effort.

During the month of March, music students across New York State are invited to take part in a Practice-a-Thon with all proceeds going to support the work of local food banks. The goal of The Harry Chapin Practice-A-Thon is to strengthen students' practice habits while supporting New York State's regional food banks.

Schools on Long Island that participated in the Practice-A-Thon have raised tens-of-thousands of dollars to support Long Island Cares, Inc. - The Harry Chapin Food Bank. Now, The Harry Chapin Practice-A-Thon is expanding to include all of the regional food banks in New York State through a partnership with the Food Bank Association of New York State, and through a generous corporate sponsorship from D'Addario and Company. As Helen Keller said,"Alone we can do so little; together we can do so much!"

Students who participate in the Practice-A-Thon will need to document their daily practice on a calendar. Sponsors pledge a donation amount of their choice for each minute the student practices during the month of March. Pledges can range anywhere from $.01 per minute and higher. Each student collects the pledged donations from their sponsors at the end of March and submits the pledge money to their music teacher at their local school which gets sent to the regional food bank. Private music teachers and their students are also welcome to participate.

"We're very grateful to all of the schools on Long Island that have taken part in the Practice-A-Thon, which began in 2009 and we're especially proud of all of the students that have been part of the program," said Paule Pachter, Executive Director of Long Island Cares, Inc. "There's something special about children getting involved in helping to feed the hungry, and for us it's even more meaningful when they use their musical talents to support our mission. By expanding the program to a statewide level and renaming it in honor of Harry Chapin also provides an opportunity for students to learn more about who Harry Chapin was and the significance of his role in working to end hunger in America."