Lanza May Have Been Motivated By Fear of Being Committed

The possibility that Adam Lanza carried out his evil deeds out of fear that mother, Nancy Lanza, was attempting to have him committed is being investigated by Connecticut police. 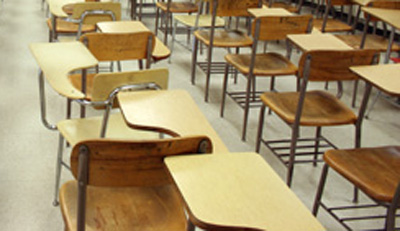 As investigators continue to piece through the evidence left in the wake of the tragic mass shooting at Sandy Hook Elementary, a possible motive for Adam Lanza’s final act has surfaced.  Investigators are now looking into the possibility that Adam feared being committed to a psychiatric care facility by his mother.

Friends close to the family say that in the days leading up to the shooting, 20-year-old Adam had become increasingly withdrawn from his family, especially his mother, Nancy Lanza.  His parents had divorced in 2001, and at that time had agreed on how to continue caring for their son.  Nancy Lanza had told family friends that she intended to care for Adam, who had Asperbger’s syndrome, for as long as he needed her.
It is reported that Adam cut ties with his father, Peter, a successful executive at GE, after marrying his second wife in 2010.  Peter continued to support Adam, though he had not seen or heard from his son since that time.
Court officials cannot confirm whether Nancy Lanza had begun the process of filing necessary papers to have her adult son committed, but it would have required her obtaining the legal rights to do so.
Joshua Flashman, 25, told Fox news that Adam was aware of his mother petitioning the court for conservatorship, in an effort to have him committed.  Flashman also said that he believed Adam was "very, very angry" and this is what "set him off."
Other unsubstantiated reports claim that Nancy Lanza volunteered with young children at the school, where she was close friends with the principal and psychologist, both of whom were among Adam’s first victims last Friday, after shooting his mother in the face in their family’s home.  Adam was reportedly jealous of the attention his mother gave these children, and angered that she wished to send him away.
Funeral services for Lanza’s victims have been taking place throughout the week as the international community continues to monitor for developments in this tragedy.  Tomorrow morning, participants across the nation will be walking 27 minutes, one minute to honor each of the victims.
Share your thoughts on this article by posting a comment below or by visiting our Long Island Living discussion forum.