Michael Bussewitz-Quarm has composed a tribute to the firefighters and first responders of 9/11, and is organizing a benefit for veterans. 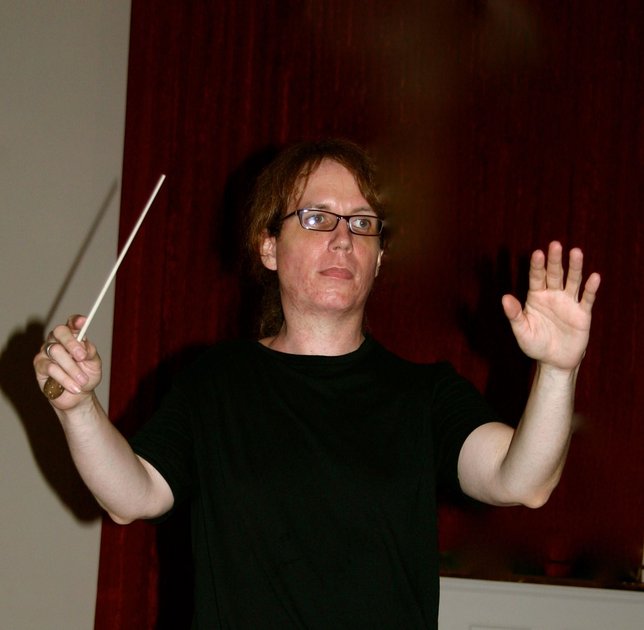 Sound Beach, NY - March 30, 2014 - Michael Bussewitz-Quarm, a local composer and assistant conductor of LISCA from 2009-2011, has launched a crowdfunding campaign to professionally record his 9/11 “Dies Magna” choral work.  “Dies Magna” was written to honor the firefighters and first responders who lost their lives while rushing into the burning towers to save others.  This choral work was performed both in 2010 and in 2011 by a group of volunteer singers called “Long Island Voices” under the direction of Bussewitz-Quarm, leading to the Beacon Record naming Bussewitz-Quarm the 2010 Person of the Year in the Arts.  Once the campaign goal for the choral album is reached, additional contributions will go to a concert benefiting our local veterans in need. This concert will be presented Saturday, September 13th at St. James RCC in Setauket.  It will feature Johannes Brahms’ “Ein deutsches Requiem”, performed by Long Island Voices and Sound Symphony, under the direction of Mr. Bussewitz-Quarm.  All ticket sales, as in 2010 and 2011, will go directly to 9-1-1 Veterans, a local non-profit assisting Long Island veterans in times of need.  If you’d like to contribute to Mr. Bussewitz-Quarm’s crowdfunding campaign, click here.
After hearing of the campaign and listening to Bussewitz-Quarm’s “Kyrie”, international recording artist, Daniel Rodriguez, affectionately known as “The Singing Policeman" became interested in singing on the album.  Mr. Rodriguez has worked with the Stephen Hiller Tunnel to Towers Foundation, and this organization will receive a portion of the proceeds from Bussewitz-Quarm’s choral album.
The campaign runs through April 20th.  Once the goal has been reached, rehearsing and recording the choral album begins.  In June, the volunteers of Long Island Voices will begin rehearsing Brahms’ “German Requiem” for the September 13th performance.
Contribution levels to this campaign range from $5 to $5,000.  All contributors will receive updates from Bussewitz-Quarm as the recording process progresses and then the Long Island Voices prepare for the concert.  Donors at the $10 level and higher will receive a digital download of “Kyrie” from Dies Magna and 5% goes to 9-1-1 Veterans a local non-profit working tirelessly to help veterans in need.  Those contributing at the $40 level will receive a copy of the “Dies Magna” CD.  Donors at the $75 and higher will appear in the Long Island Voices program and those contributing at the $250 level and higher will also have their name appear in the CD cover.
For any questions, please visit the campaign page or contact Mr. Bussewitz-Quarm at hello@mbqstudio.com or at (631) 403-0890.