The Rise of Riverhead: Day Five Of My LI Beer Tour (Part 2)

The second half of my penultimate day on Long Island’s East End took me from Greenport to Riverhead. 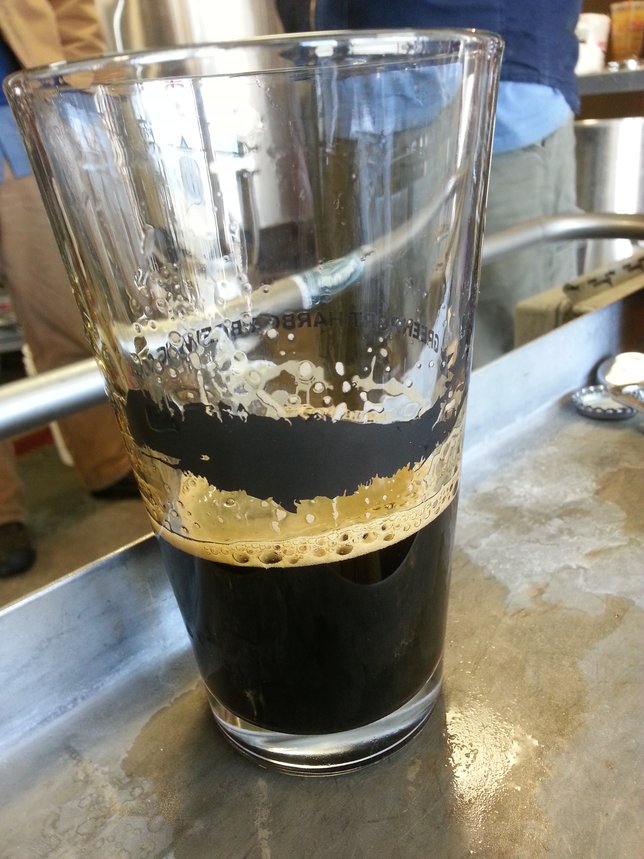 The second half of my penultimate day on Long Island’s East End took me from Greenport to Riverhead. The drive was beautiful, with views of Shelter Island, the Long Island Sound, and sprawling vineyards, stretching as far as the eye can see. This is, arguably, Long Island’s most beautiful corridor. I was set to visit the Long Ireland Beer Company, one of the most well-regarded and established of the newer Long Island breweries. I met with Dan, the head brewer and beer devotee with an exceptional beard, an industrious spirit, and an interesting outlook on the present and future of craft brewing. Meeting with Dan was just as enlightening and surprising as my visit to the Greenport Harbor Brewing Company.

Dan showed me around the brewery, telling me the story of how the 15 BBL system came to Riverhead from New Hampshire. A small brewery up north was facing financial trouble and was set to close up shop and clear house. That brewery put their equipment up for sale on eBay, and the owners of Long Ireland expressed a strong interest to purchase it for the rock bottom price of $80,000. Fortuitously, they won, and the brew kettle, fermenters, bottling line, and everything else was packed up and sent to Long Island. Dan notes with pride that since March of 2009, when the brewery came online, everything has been 100% made in Riverhead. He sees the town as one of Long Island’s most promising locations for business, culture, and overall growth. It’s a hub at the eastern part of Long Island, well connected to transit infrastructure, making distribution simpler.

The brewery’s flagship beer is the Celtic Ale, a reddish ale with flaked oats and honey. It has a smooth, dry finish, with a slight bitterness and hop character courtesy of the Willamette Hops added at the end of the boil. It’s an easy-drinking, tasty beer, and worthy of its front-runner status. In addition, the brewery is well-known for its Breakfast Stout, a dark beer brewed with milk sugar, roasted barley, flaked oats, and almost an entire brewer’s barrel of coffee. This is a ridiculously smooth, tasty concoction that’s big on the flavor and low on the alcohol. You can seriously drink this at breakfast, guilt-free. Both beers will soon be available in twelve ounce bottles all over Long Island. Do go out and try them if you haven’t already.

In addition to wonderful insight into his own brewery’s operation, Dan had some ideas about the present and future of craft brewing on Long Island and elsewhere. As a strong supporter of the idea of a state-wide beer culture, I listened intently to one of the pioneers of the new school of craft brewing. The message is generally optimistic, but tempered a bit by a passion for legitimate brewing. You can read all about it at my website, In The Name Of Beer, as part of my new series, “The Rise and Rise of Local Beer" Parts One and Two.

My last official day was Saturday, and I finished my #LIBrewTrip with a visit to Blue Point Brewing Company, Long Island’s very own beer phenomenon. Check back tomorrow for my story, as well as a summary of my trip. Spoiler alert: I had a fantastic time and met some fantastic people.