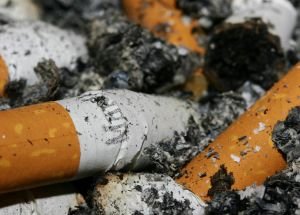 New York - March 31, 2014 - Attorney General Eric T. Schneiderman today announced that his office has filed a $70 million lawsuit against Federal Express Corporation for unlawfully shipping nearly 80 million contraband cigarettes to consumers across New York State in violation of federal and state laws. The lawsuit joins and expands upon a complaint filed in December in Manhattan federal court by the City of New York and adds extensive claims of FedEx’s unlawful shipments around the state.
The joint complaint alleges that, between 2006 and 2012, FedEx made nearly 33,000 illegal shipments of cigarettes to consumers in New York State, amounting to over 400,000 cartons of untaxed cigarettes and a direct tax loss to the state of over $10 million. Each illegal shipment carries a maximum penalty of $5,000. The shipments were in clear violation of an agreement FedEx entered into with the New York State Attorney General’s Office in 2006, in which it agreed to cease all unlawful cigarette deliveries to consumers both in New York and throughout the country. The lawsuit further alleges that the company engaged in a pattern of racketeering activity with various cigarette retailers to traffic contraband cigarettes in violation of the federal anti-racketeering statute.
“FedEx’s blatant disregard for its long-standing agreement with New York, as well as federal and state law, enabled tens of millions of cheap, untaxed cigarettes to be shipped to New Yorkers,” Attorney General Schneiderman said. “Not only has FedEx cheated the state out of millions in tax dollars -- but many of these cigarettes may have ended up in the hands of teenagers, who are particularly vulnerable to low-priced cigarettes. Illness and death caused by cigarette smoking is the number one preventable public health epidemic of our day. If we can make cheap cigarettes less widely available, we can discourage young people from smoking and limit this public health disaster."
New York City Corporation Counsel Zachary W. Carter said, “The city is pleased to continue its partnership with Attorney General Schneiderman to eliminate trafficking in bootlegged cigarettes and fight on behalf of New Yorkers to recover millions of dollars in fines and unpaid taxes.”
These shipments by FedEx are prohibited by the federal Contraband Cigarette Trafficking Act (CCTA) and Prevent All Cigarette Trafficking (PACT) Act, as well as by New York State tax and public health laws.
The Attorney General’s investigation and lawsuit is based on documents subpoenaed from FedEx as well as documents received from the federal Bureau of Alcohol, Tobacco, Firearms and Explosives. The documents show that, since 2006, FedEx made thousands of shipments of cigarettes to New York consumers from cigarette vendors in Kentucky, California and Long Island’s Shinnecock Reservation. All the shipments violated New York Public Health Law 1399-ll, which prohibits direct shipments of cigarettes to consumers in the state. In addition, as these cigarettes did not bear New York State or New York City tax stamps, the shipments violated the federal CCTA, which specifically prohibits shipments of 10,000 or more untaxed cigarettes in a jurisdiction where such taxes are required by state or local law.
With multiple violations of the CCTA, FedEx engaged in a pattern of racketeering activity with the various cigarette retailers. Thus, in addition to the tax loss, New York State is entitled to treble damages under the federal Racketeer Influence and Corrupt Organizations Act, also known as the RICO act, amounting to nearly $35 million in penalties.
Because the federal PACT Act requires shippers to affix specified labels identifying the contents as cigarettes and to report all sales into a state, which FedEx did not do, New York is entitled to significant penalties for these violations. Last, the Assurance of Compliance agreement reached with FedEx in 2006 provides that that company must pay a stipulated penalty of $1000 per violation, amounting to approximately $34 million.
Attorney General Schneiderman has led anti-smoking initiatives, including a national effort calling on major pharmacies to stop selling tobacco products. For more information on that initiative, announced earlier this month, click here.
His office has also successfully undertaken a number of efforts to keep tobacco out of the hands of young New Yorkers. Under his leadership, the state’s Tobacco Compliance Bureau has cracked down on websites illegally selling cigarettes, which provide teens with easy access to tobacco, and shut down so-called “roll your own” cigarette shops in New York City, which were popular among teenagers and young adults. The Attorney General’s Criminal Prosecution Bureau has also taken down a cigarette trafficking ring that operated up and down the Eastern Seaboard.
Attorney General Schneiderman thanks New York City’s Corporation Counsel for their continuing efforts to stop illegal cigarette trafficking.
The lawsuit is being handled by Assistant Attorney General Sandra Pullman with Dana Biberman, Bureau Chief of the Attorney General’s Tobacco Compliance Bureau. The Executive Deputy Attorney General for Social Justice is Alvin Bragg and the office’s First Deputy for Affirmative Litigation is Janet Sabel.