Round III Targets All Remaining Communities Across the State that Currently Lack Broadband Access. 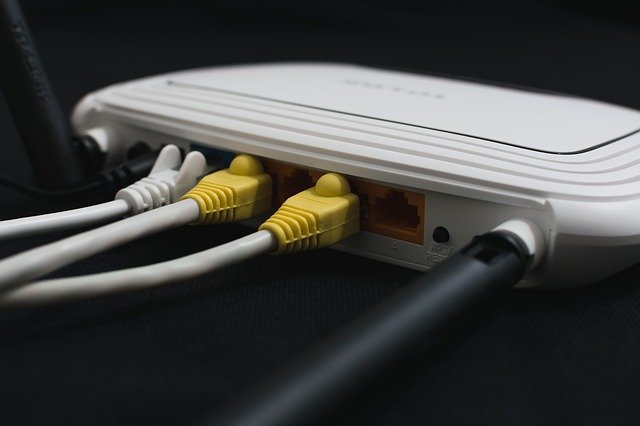 Governor Andrew M. Cuomo today launched the final round of funding to secure access to high-speed internet for all New Yorkers by the end of 2018.

Albany, NY – March 30, 2017 – Governor Andrew M. Cuomo today launched the Request for Proposals for Round III of the New NY Broadband Program, the final round of funding to secure access to high-speed internet for all New Yorkers by the end of 2018. Round III targets all remaining unserved areas across the state, seeking to provide access to high-speed broadband to even the most rural Upstate communities.
“High-speed internet is essential for connecting our communities and ensuring that all of New York can compete in the global economy,” Governor Cuomo said. “With this third round of the NY Broadband Program, we are helping to ensure high speed internet access in every corner of this state, empowering New Yorkers no matter where in the Empire State they call home and truly achieving Broadband for all.”
New NY Broadband Program award recipients will be selected through a “reverse-auction” methodology, which prioritizes bidders seeking the lowest amount of state investment per new location served. Each RFP issued by the Broadband Program Office has contained refinements and enhancements that have enabled the BPO to design an innovative auction process across the state, preserving state funds and driving robust, cost-effective broadband deployments. Through the cumulative process of these three RFPs, the state seeks to achieve its ultimate goal of broadband access for all.
The Broadband Program Office has made Round III RFP guidelines available and will begin accepting applications for broadband funding on the Consolidated Funding Application portal starting on June 6, 2017, and applications must be submitted by August 15, 2017. The New NY Broadband Program sets as a requirement for service a goal of 100 Mbps download speeds, with 25 Mbps acceptable in the most remote and rural areas.
Round III will consist of two separate, simultaneous auction processes, which together will target all remaining unserved and underserved areas in the state. The majority of the locations in Round III will be addressed through the “New York Auction,” which is modeled after the two previous rounds and will consist solely of state funding. Additionally, the “New York CAF Auction,” will focus on the remaining areas, which are eligible for $170 million in Connect America Funds (CAF) recently allocated to New York State by the Federal Communications Commission (FCC).
A significant enhancement to the Round III RFP is the inclusion of this federal matching fund – allowing eligible areas to complete broadband projects with both state and federal capital. Federal CAF funding will help to facilitate the Program’s goal in those areas, providing additional resources necessary to accomplish broadband for all.
The RFP launch comes on the heels of the New NY Broadband Round II awards, which are driving $268 million in public-private investment and supporting more than 50 projects that will reach approximately 89,500 homes and institutions in unserved and underserved communities. The Round II awards, along with Upstate broadband buildouts and upgrades by New York State, will ensure that 98 percent of New Yorkers have access to the high-speed broadband required to succeed in a modern economy.
Empire State Development President, CEO & Commissioner Howard Zemsky said, “The New NY Broadband program is one of the most critical efforts being made by the state under Governor Cuomo’s leadership, driving hundreds of millions of dollars into broadband infrastructure across Upstate New York. This round will help to create an interconnected state while strengthening and growing our innovation economy.”
Empire State Development Executive Vice President of Broadband and Innovation Jeffrey Nordhaus said, “Round III of the New NY Broadband Program will seek to reach all of the remaining homes and communities that still need service. We look forward to working with our many committed partners and stakeholders in this critical round of funding for broadband infrastructure.”
The list of eligible Census Blocks for Round III are available here. Census Blocks awarded in previous rounds of the Program are available here. Census blocks are aggregated by county to determine where buildout will occur.
About the New NY Broadband Program
Recognizing the importance of broadband infrastructure and building on prior State investments in broadband deployment, Governor Andrew M. Cuomo in 2015, with legislative support, established the $500 million New NY Broadband Program. The Program provides New York State grant funding to support projects that deliver high-speed Internet access to Unserved and Underserved areas of the State, with priority to Unserved areas, Libraries, and Educational Opportunity Centers.
An “Unserved” area is defined as an area where the fastest available advertised Internet download speed offered by a wireline-based provider is less than 25 Mbps.  An “Underserved” area is defined as an area where broadband service is only available from a wireline-based provider at advertised Internet download speeds between 25 Mbps and 99 Mbps. The Program is the largest and most ambitious state investment in broadband in the nation, with a goal of achieving statewide broadband access in New York by the end of 2018.