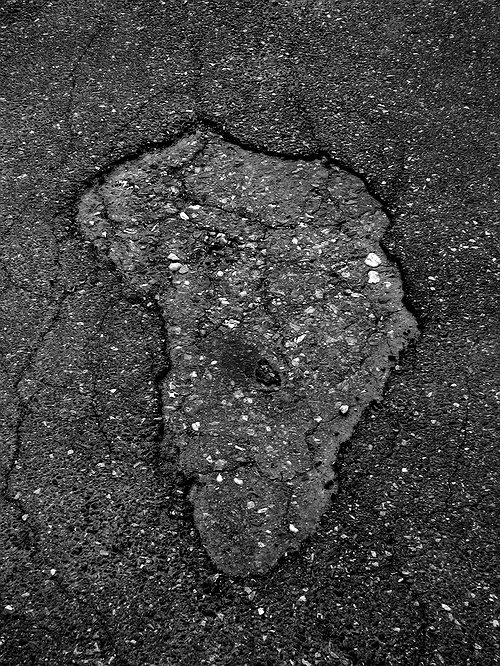 Albany, NY - June 22, 2015 - Governor Andrew M. Cuomo today announced resurfacing projects totaling $75 million will be completed this year on approximately 428 lane miles of state highways across New York. Funding for these projects was accelerated into this construction season in order to repair widespread damage from deep frost over the winter.

“It’s important to keep the state’s highways in top shape, and after another harsh winter, we’re expediting critical repair projects to ensure the roads are safer for New Yorkers,” Governor Cuomo said. “This funding will speed up much-needed resurfacing and rebuilding efforts, which is good for motorists across the state.”

These accelerated paving projects are in addition to more than $437 million in capital construction funds dedicated to paving an estimated 2,311 miles of state roads in the 2015-2016 State Fiscal Year.

Depending on the location, the New York State Department of Transportation’s resurfacing projects will include paving over sections of rough road, removing the worn top layer of pavement from all travel lanes and shoulders, repairing base concrete and/or asphalt and installing a new asphalt riding surface. Wherever practical, pavement that is removed will be recycled and reused, either at the same location or in future construction. Traffic signal vehicle detectors will be replaced and new pavement markings will be installed as needed.

New York State Department of Transportation Commissioner Joan McDonald said, “By accelerating essential resurfacing projects into this construction year, we are able to mitigate some of the damage caused the severe freeze-thaw cycle that contributed to advanced road deterioration this winter. With Governor Cuomo’s leadership, we are working hard to make sure the roads New Yorkers depend upon are safe and reliable.”

Senator Charles E. Schumer said, “This investment will help commuters, businesses and visitors move across New York with greater ease and safety," Senator Schumer said. "This is much-needed funding and will be a huge boost to roads all across the state and make the repairs necessitated by the bitter winter months. By improving the condition of New York's roads, we will improve safety for business, residents and travelers and lay the foundation needed for strong economic growth."

Congresswoman Louise Slaughter said, “Rochester winters are beautiful but can wreak havoc on our roads and bridges. Taking care of our roads is a smart investment that keeps Rochester’s families and businesses moving in the fast lane. I’ll continue fighting to make sure New York has the support we need to keep our roads and bridges safe for all drivers.”

Congressman Eliot Engel said, “Coming off a particularly harsh winter, many of our roadways—including Route 22 in the Eastchester portion of my Congressional District, and the Major Deegan Expressway which runs through my district—are in disrepair and in need of immediate resurfacing.” Congressman Eliot Engel, a senior member of the House Energy and Commerce Committee said. “Governor Cuomo’s allocation of $75 million in additional funds for accelerated paving projects will improve both the flow of traffic and the flow of commerce in New York. I applaud the Governor for taking this extra step to help all New York commuters.”

Congresswoman Nita M. Lowey said, “The brutal cold and ice during this previous winter took a toll on our roads. Here in the Lower Hudson Valley, across New York, and throughout the entire country, we need to be investing more to fix crumbling infrastructure, especially when extreme weather can cause major damage. I support a long-term reauthorization of the Highway Trust Fund so states can have the funds necessary to perform routine work without placing the burden on local taxpayers, and I will continue to work with Governor Cuomo and local officials to ensure our roads are operable and safe for people to use.”

Congressman José E. Serrano said, “A strong transportation system is crucial for our economy. After a harsh winter season, these funds will get our roads back into shape quickly and in an environmentally-friendly manner. Thanks to the Governor’s efforts to make this issue a priority, drivers in the Bronx and the rest of the City will be able to commute and transport goods on safe and reliable roads that will help them get to their destination more quickly,” said Congressman Serrano.

Congressman Joe Crowley said, “Anyone traveling on our roads knows that they are in desperate need of repair. These much-needed resurfacing projects will help make our roads more efficient and safer for all motorists, and I thank Governor Cuomo for making the funding for these projects a priority.”

Congressman Paul Tonko said, “This funding will go a long way to upgrading several infrastructure projects that have been in sore need of attention after an especially brutal winter in the Capital Region. I thank Governor Cuomo and his team for recognizing these needs and allocating the proper resources to make our drives to work, school, or the grocery store a little bit smoother.”

Congressman Tom Reed said, “Strong infrastructure systems are the lifeblood of our local economy and it is vital we continue to improve and maintain them. I appreciate the collaborative efforts at the state level to ensure local transportation needs are met and I will continue to fight in Washington for support for improvements to infrastructure.”

Congressman Sean Patrick Maloney said, “This investment in our roads is long overdue – residents of the Hudson Valley have seen first-hand the damage that severe winter weather has had on our infrastructure. Paving our roads will make it safer and easier for residents to get to school and work, and will grow our local economy by creating good-paying jobs,” said Rep. Sean Patrick Maloney.

Congressman John Katko said, “I commend Governor Cuomo for prioritizing repairs which will alleviate damage to our roads and ensure safety for summer travelers. These smart investments in our infrastructure will help to improve the roads we use every day in Central New York while contributing to the economic future of our state.”

Congressman Lee Zeldin said, “Investing in our roadways and infrastructure must remain a critical long term priority. As a member of the House Transportation and Infrastructure Committee, and working closely with Governor Cuomo, we have a great and important opportunity to improve the Empire State now and into the future.”

Accelerated paving improvements will be completed on the following roadways this year:

For up-to-date traffic and travel information, motorists should call 511 or visit www.511NY.org.