If you're not already using reusable bags when shopping, this new bill proposed that calls for a 10-cent fee will have you reconsider it. 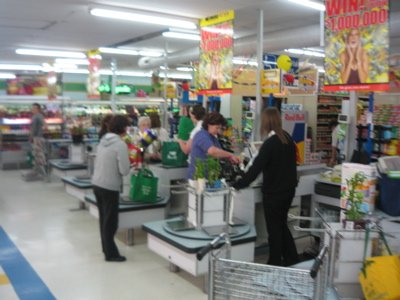 Forget about double bags! At some point, shoppers may have to pay a 10-cent fee for each plastic or paper grocery bag if the bill introduced by New York City Council on Wednesday is approved.

The bill is meant to help reduce plastic bags ending up in landfills. It is an attempt to encourage shoppers in New York City to use reusable bags.

As much as one billion disposable plastic bags wind up in landfills each year, which costs the city a big chunk of change – as much as $10 million – to collect and transport to the locations.

A vote on the bill is expected to occur in the next few weeks.

While a similar measure was introduced last year, it failed to pass. Last year’s proposal was for a 5-cent plastic bag tax that would go to the city and it required state approval.

This year’s proposal is looking more promising with 19 council members already signing on as sponsors. A total of 26 votes are needed from city councilors to pass the bill and move it along to the Mayor for approval.

If the bill is approved as is, the 10-cent fee earnings go directly to the business owner, which includes those of grocery stores, bodegas, street vendors selling fruit, vegetables and general merchandise and retail stores. Restaurants, liquor stores and bags requested for medication at pharmacies are exempt.

Shoppers on public-assistance programs for food will not be charged the bag fee.

Other major cities that have implemented such a law include Los Angeles, San Francisco, Seattle and Washington, D.C.