US To Provide Refueling For French Mali Effort

The United States has stepped up support for French troops engaging Al-Qaeda forces in Mali. 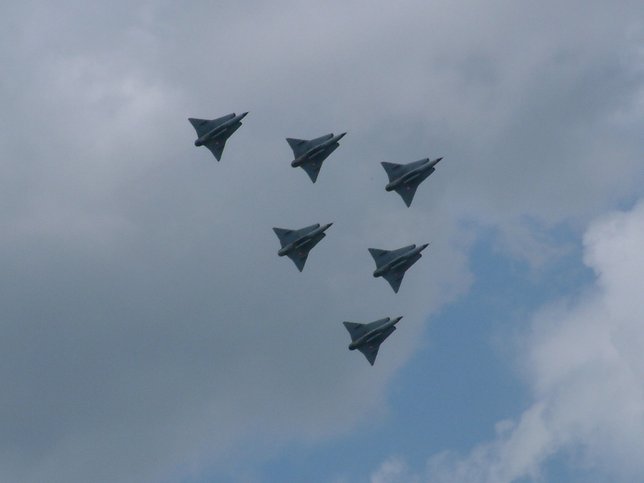 The United States has agreed to aid the French military in providing mid-air refueling for French planes in their campaign against Al-Qaeda forces in Mali. This is a step up from what the United States was offering France originally, which was just intelligence and airlift support of French mechanized units.

Defense Secretary Leon Panetta discussed the issue with Defense Minister Jean-Yves Le Drian and informed him about the decision to aid French forces further on Saturday. The phone call comes after two weeks of preparation for the Mali effort, with French helicopters and jets pursuing Islamic holdouts in the region. Command posts, weapon depots and other high-value targets are what the French are going after in Mali, while also looking to track down whatever Al-Qaeda leadership exists in the region.

French Special Forces were said to come under attack from "several terrorist elements" that were later “destroyed.” The joint effort between French and Malian forces to remove the extremist element has led to the capture and patrolling of Gao, a city in Mali that rests near the Niger river. The city was captured through a joint land and sea attack, following a series of strategic bombings from French forces that "saw their means of transport and their logistics sites destroyed,” according to Defense Minister Le Drian.

Immediately following French reports that the city was taken over by joint forces, clarification that French and Malian forces had yet to fully liberate the city was issued by a Defense Ministry spokesman in Paris.

African forces are said to join the cause, as well, with over 5, 700 troops ready to fight. Col. Shehu Usman Abdulkadir, leader of the African coalition said "Because they've seen that the area itself, northern Mali is too large for that number of troops so there was a need to increase the number and that's why we arrived at 5,700," adding, "I believe that as time goes on it may be necessary to increase the strength again. Because [when] France pulls out we definitely must have to increase the strength."