The 2013 installation will feature “Sea Change”. The creators, Sally Shore and Barbara Karyo, describe this art piece, “Sea Change”, as if we were viewing it from underwater. 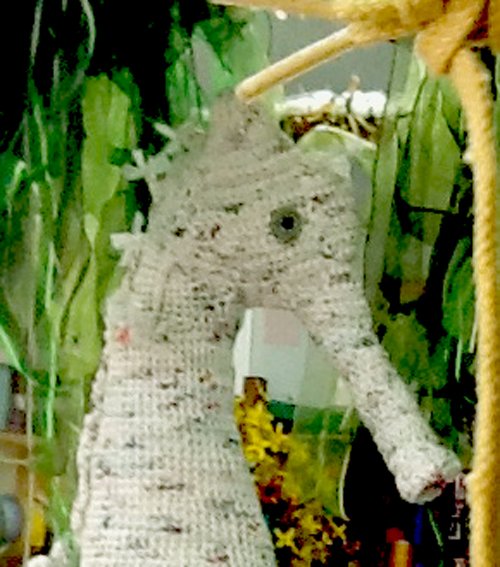 Brookville, NY - August 28th, 2013 -  In 2006, Tilles Center launched a new concept in bringing Visual Art to public spaces, Art Under Glass. Celebrating the fifth year for Long Island Fringe Festival and almost ten years of The Artists Group, rotational sculptural pieces are exhibited in the Atrium. The display changes with every new Tilles Season. You never know what will be next either in the air of the Atrium or on the stage at Tilles Center for the Performing Arts.

The 2013 installation will feature “Sea Change”. The creators, Sally Shore and Barbara Karyo, describe this art piece, “Sea Change”, as if we were viewing it from underwater. The exhibit will open on September 4 in the Atrium at the Tilles Center for Performing Arts. Taking advantage of the aquarium-like atmosphere of the glass Atrium, Sea Change will create art using vegetation and creatures created from some of the detritus found on our beaches today when a wastewater treatment plant in Westchester Co., New York, accidentally released millions of plastic water filtration bio-disks into Long Island Sound, and washed up on North Shore. The artists were involved in the clean-up.

The Artists Group and Long Island Fringe Festival strive to highlight the area’s best cutting edge, avant-garde area sculptors and artists in Long Island’s most talked about Performing Arts Center. The opening reception will take place in the Atrium on Sunday September 15, 2013 from 2-5PM. Be there, as the sun sets and the space is transformed, into an underwater world for us to experience. For further information please call Tilles Center at 516-299-2752.