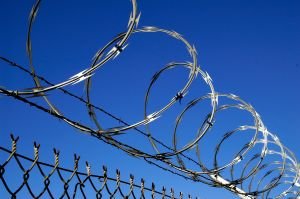 “These defendants are charged with using confidential information that Metro stole from his employer to reap huge illegal profits,” U.S. Attorney Fishman said. “They allegedly rigged the system by exploiting sensitive information that was not available to other investors. This kind of activity undermines the integrity of our financial markets and weakens investor confidence.”

“As alleged in the complaint, Metro, Eydelman, and another engaged in a lengthy insider trading scheme that reaped more than five million in illicit profits,” said FBI Special Agent in Charge Aaron T. Ford. “The FBI is committed to investigating allegations of insider trading and will hold violators accountable to ensure the integrity of the financial markets. We will continue to work with our partners to identify securities fraud so investors maintain a high level of confidence in the markets.”

According to the complaint unsealed today:

Metro, Eydelman, and a third person who subsequently became a cooperating witness—referred to in court documents as “the CW”—engaged in an insider trading scheme that began in 2009. The conspirators invested more than $33 million and reaped more than $5.6 million in illicit profits over the life of the scheme.

Starting in November 1999, Metro worked at the New York office of Simpson Thacher & Bartlett LLP, one of the nation’s premier mergers and acquisitions law firms. During the period of the trading scheme, he was the firm’s managing clerk, responsible for, among other things, filing pleadings on behalf of attorneys. Eydelman was a broker-dealer employed first at Oppenheimer & Co. and most recently by Morgan Stanley, both renowned investment firms.

While at the law firm, Metro repeatedly obtained inside information regarding anticipated corporate mergers and acquisitions on which his firm was working. He disclosed the material, non-public information to his friend, the CW. Metro would arrange to meet the CW in person and would disclose inside information, including the stock exchange ticker symbol of the company in which to invest and the pricing and/or timing of the planned transaction. The CW would write the information on a small piece of paper or napkin.

The CW would then meet with Eydelman, usually the same day, to divulge the stolen information. These meetings usually occurred at an agreed-upon location near the large clock in New York City’s Grand Central Terminal. The CW would show Eydelman the paper or napkin on which the CW had written the ticker symbol of the company whose securities should be purchased. After Eydelman memorized the ticker symbol, the CW then would place the paper or napkin into his mouth and chew it until it was destroyed.

Eydelman purchased securities for himself, family members, friends, and clients, including the CW. Eydelman quickly sold the shares and covered any options positions once the relevant deal was publicly announced and the stock price rose.

Over the four-year period, the CW reinvested approximately $7,000 in profits that Metro made on the first deal and updated Metro on the running balance of his profits from the insider trading scheme. As of October 2013, by which time the conspirators had traded ahead of at least 13 planned corporate transactions, Metro’s share of the profits had reached approximately $168,000.

The complaint specifically identifies the 12 transactions and one uncompleted transaction ahead of which Eydelman, Metro, and the CW traded between February 2009 and February 2013.

The complaint also details a number of recorded meetings among the conspirators. During the course of one meeting with the CW on January 28, 2014, Metro expressed his desire to cash out his share of the illicit profits. Metro stated to the CW, “You gotta try to liberate some cash, somewhere, or I’m going to be freakin’ flat out.” Metro also promised to let the CW know of any planned M&A deals that he came across in the future, stating that although “right now it’s all been private equity, private equity...I think this year, it’s going to be a good year[.]”

In a meeting on February 6, 2014, Eydelman indicated he would be willing to pay a portion of the cash proceeds owed to Metro. Eydelman stated, “I got seven [thousand]….That’s all I can do, without [my wife] knowing.”

Eydelman came through with the $7,000 in cash for the CW to use to compensate Metro for tipping them inside information. During a recorded meeting with the CW on February 20, 2014, Eydelman handed the CW a small plastic shopping bag with a cigar manufacturer’s logo on it, stating, “Take these cigars, put it to good use.” Eydelman enclosed $7,000 in cash in the cigar bag he handed to the CW.

The conspirators attempted to hide their illegal conduct. In addition to the CW destroying pieces of paper on which he wrote the ticker symbols provided by Metro, Eydelman sent the CW “covering” e-mails that contained false justifications designed to suggest that their trades in the subject securities were based on research, not inside information.

While Metro relied on the CW to reinvest his illicit profits on his behalf, Eydelman realized substantial personal profits on an ongoing basis from the insider trading scheme and used these unlawful proceeds to purchase a new 2011 Maserati Grand Turismo for $117,700 and to spend tens of thousands of dollars on expensive jewelry. Eydelman also used illicit proceeds to purchase his residence and to pay the mortgage on the property.

The conspiracy count with which Metro and Eydelman are each charged carries a maximum potential penalty of five years in prison and a $250,000 fine or twice the aggregate loss to victims or gain to the defendants. On the substantive securities fraud and tender offer fraud charges, they each face a maximum of 20 years in prison and a $5 million fine. The complaint also seeks the forfeiture of Eydelman’s residence.

The charges and allegations contained in the complaint are merely accusations, and the defendants are presumed innocent unless and until proven guilty.

These charges are part of efforts underway by President Obama’s Financial Fraud Enforcement Task Force (FFETF) which was created in November 2009 to wage an aggressive, coordinated, and proactive effort to investigate and prosecute financial crimes. With more than 20 federal agencies, 94 U.S. attorney’s offices, and state and local partners, it is the broadest coalition of law enforcement, investigatory, and regulatory agencies ever assembled to combat fraud. Since its formation, the task force has made great strides in facilitating increased investigation and prosecution of financial crimes; enhancing coordination and cooperation among federal, state, and local authorities; addressing discrimination in the lending and financial markets; and conducting outreach to the public, victims, financial institutions, and other organizations. Over the past three fiscal years, the Justice Department has filed more than 10,000 financial fraud cases against nearly 15,000 defendants including more than 2,700 mortgage fraud defendants. For more information on the task force, visit www.stopfraud.gov.