A bill is awaiting approval in the House of Representatives that will help clothe homeless veterans.

Last week a bipartisan bill designed to send abandoned clothing from airport checkpoints to homeless veterans was approved by the Senate, and is now awaiting passage by the House of Representatives before being signed into law by President Obama. 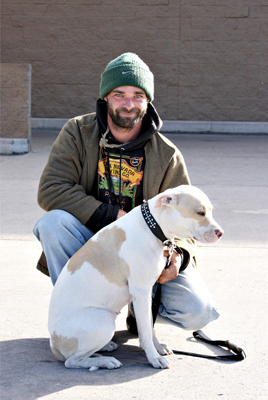 The Clothe A Homeless Hero Act directs the Transportation Security Administration to work with the Department of Veteran Affairs and local charities to send abandoned clothing to homeless veterans and their families.
Approximately 75,000 veterans are homeless on any given night, according to the Department of Veteran Affairs.  Roughly 20,000 of those are recent veterans of the wars in Iraq and Afghanistan.
The TSA estimates that each day anywhere from 500 to 1,000 articles of clothing are abandoned at security checkpoints each day.
The bill was co-sponsored by U.S. Senator Kirsten Gillibrand (D-NY) and Congresswoman Kathy Hochul (D-NY).  “Too many veterans who bravely served our country are today falling through the cracks back home, going without warm clothes or a roof over their head,” Senator Gillibrand said in a statement, calling the bill “common sense,” and “the right thing to do” to help struggling veterans.
“At a time when tens of thousands of our veterans are homeless, every effort we can take to support our heroes is worthwhile,” said Rep. Hochul, who praised the bipartisan support of her colleagues in Congress.  Hochul will be leaving office in January following her defeat in the recent elections to Republican Chris Collins.
The metropolitan area, including Long Island and New York City,  is home to thousands of homeless veterans.
Share your thoughts on this article by posting a comment below.