A Man was struck and killed by a LIRR train Tuesday morning at the Mineola station. 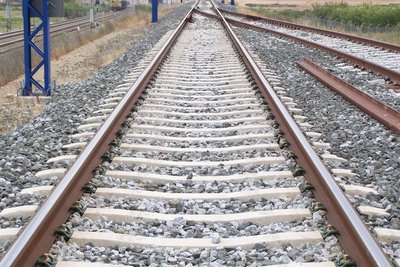 MINEOLA -- A man was struck and killed by a LIRR train Tuesday morning at the Mineola station. George Hahn, 66, of Mineola, was hit at about 8:45 a.m. and was pronounced dead at the scene, said LIRR spokesman Salvatore Arena.

According to an MTA spokesperson, Hahn reportedly jumped from the westbound platform in front of a train and was killed instantly.

Police reported that Hahn was attempting to cross the tracks when he was struck.

Power to the tracks was shutdown to the westbound side following the incident; and the LIRR temporarily suspended service between Jamaica and Hicksville during the Tuesday morning rush hour commute while investigators were on the scene.

As of 10:30 a.m., the Ronkonkoma, Port Jefferson and Oyster Bay branches were operating at 10- to 15-minute delays westbound and 45-minute delays eastbound.

The incident was coupled with a derailment of an unoccupied train late Monday in Queens near Rego Park and Forest Hills, causing significant disruptions to railroad service.

The MTA reports that due to extensive track damage, there will be 11 canceled trains, 5 trains will be diverted from Penn to Atlantic Terminal and 4 others will only go as far as Jamaica. The details on these service adjustments are in the Service Status box on the MTA website.

In addition, repair to almost three-quarters of a mile of track is expected to take at least until Friday. Canceled and/or diverted trains for a.m. and p.m. peak commutes are also expected through Friday.

MTA police are continuing their investigation of the Hahn incident.

Add your comments below or on our Long Island Discussion Forum.