After the Knicks put on an incredible show without Melo and STAT, they were embarrassed by Golden State. 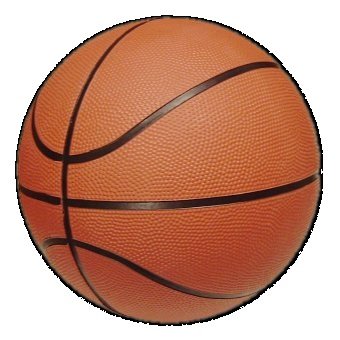 Knicks Suffer Pain in the Knee

The Knicks knew they would be without Carmelo Anthony due to a sore right knee well before tip-off against the Jazz on Saturday, but they were not expecting to be without Amar’e Stoudemire as well. STAT will be out six weeks after undergoing surgery to repair his right knee.

Down their two biggest stars, New York set out to make a statement against the Utah. They took an early lead in the first quarter which was bolstered substantially in the second; the Knicks led 55-38 at the half. The rest of the game followed a similar pattern, leading to a nearly 30 point spread by night’s end as the Knicks won 113-84.

Six Knicks broke into the double digits as they tried to pick up the slack left by a pair of knee injuries. JR Smith led the way with 24 points, followed by Steve Novak’s 20 and Raymond Felton’s 15. Chris Copeland picked up 12 through only 7 minutes of play, while Shumpert and Kenyon Martin both shot for 10.

After an uncharacteristically democratic day of scoring for the team, Carmelo Anthony returned last night for New York’s second of two meetings with the Golden State Warriors. The first quarter was as competitive as their first meeting (in which New York won 109-105), but then things took a sharp turn for the worse.  The Knicks were doubled up 24-12 in the second, and made only marginal progress after the break with 19 points. The fourth quarter was even more abysmal as the Warriors held them to a measly 9 points.

Melo can take little solace in the fact that he posted a double-double by virtue of 10 rebounds, but will try to redeem himself tomorrow at 10:30 PM against the Nuggets.

A day after Deron Williams set the NBA record for three-pointers in a half, the Nets ran up against the #7 seeded Hawks. Williams did not score 42 points this time around, but Brooklyn still had a strong showing.

After a first period that ended tied at 23, Brooklyn took Atlanta to task with a 28-14 second quarter. They added 5 more points to the lead in the third and, though they were outscored in the final quarter, won 93-80.

Brook Lopez and Andre Blatche both scored 18, with Williams’ 17 backing them up. No one else shot in the double digits, though Lopez and Reggie Evans did both grab 9 rebounds.

The Nets’ starters did a fair bit of damage last night against Philadelphia, but the game would ultimately put an end to their 3-game win streak. Following a 4 point lead at the end of the first quarter, Brooklyn fell behind by 6 in the second. Both teams put up 29 in the third before a 24-22 fourth buried the Nets, as they lost 106-97.

Deron Williams had 27 points and 13 assists, followed by Joe Johnson’s 20 and Lopez’s 19, but 18 points contributed by the bench were not enough to put this match in the win column.

The Nets play the Hornets next, tonight at 7:30.

The Islanders were off to a strong start to the weekend when they played the Capitals on Saturday. They struck first with a Bailey tip-in midway through the first period and, though the lost their lead early in the second, Cizikas put them back on top with a goal nearly 20 minutes after Bailey’s shot.

Washington tied the game again 7 minutes into the third, but a power play gave Tavares the perfect opportunity to snap in two shots within 30 seconds of each other. Nielson rounded out the game to put the Islanders over 5-2 on a night in which Nabokov blocked 22 of 24.

Unfortunately, Sunday’s meeting with the Penguins went the same way as has all but the Islanders’ first match against the NHL Atlantic division leaders. Pittsburgh had a healthy pace to their offense all night, with three goals spread over the course of ten minutes in just the first period. Boyes put New York on the scoreboard 8 minutes into the second only for Kunitz to knock in a hat trick five minute later, followed by Neal to give the Penguins their fifth goal 16 seconds after that. Pittsburgh scored one last time in the third for good measure, giving them a 6-1 win. Nabokov stopped only 12 of 17 before being pulled for Poulin, who stopped 10 of 11 shots.

The Islanders have a few days off before facing Tampa at 7:30 PM on Thursday.

The Rangers had the opportunity to take a few shots on Washington this weekend as well. Olesky of the Capitals snuck one past Biron just over two minutes into the game, but it would be the sole goal on 29 shots the Rangers’ #2 goalie would allow.

Stepan tied the game nine minutes later, and Boyle and Callahan knocked two more past Holtby in rapid succession midway through the game. Those two goals convinced the Capitals to pull Holtby from the game and put in Neuvirth, who allowed Richards a successful shot just before the end of the match. New York won 4-1.

The Rangers will play the Sabres tonight at 7 o’clock.