The young woman who went missing on February 24 has been found in her vehicle, deceased. 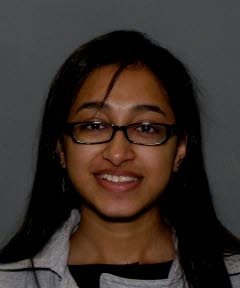 Jasmine V. Joseph, the 22-year-old NYIT student who went missing after leaving her Syosset home on February 24, has been found deceased in her vehicle. A positive identification was made by her family at 1:15 PM on March 11, but police have not released any information on the cause of her death. Jasmine’s car was found in a shopping plaza off Jericho Turnpike in Syosset

Joseph was last seen leaving her home in a gray 2012 Nissan Altima and was believed to be going to class at NYIT in Old Westbury. She called her parents to tell them she was studying at the library at 5:17 PM that day and was not heard from again.

It has also been discovered that Joseph had not attended class since May 2013. Her parents, who paid tuition for Fall 2013 and Winter 2014 classes, were shocked to learn that she had stopped going to school.

“This time, we never see her report card,” Jasmine’s mother said according to Pix 11, “but last spring, the other semesters, she was a straight-A student.  When her father asked to see the report card, she said there was something wrong with the computer.”

No other information has been released at this time.