New York State has $117 million dollars coming to its coffers as a result of the national settlement stemming from Volkswagen cheating on emission standards. 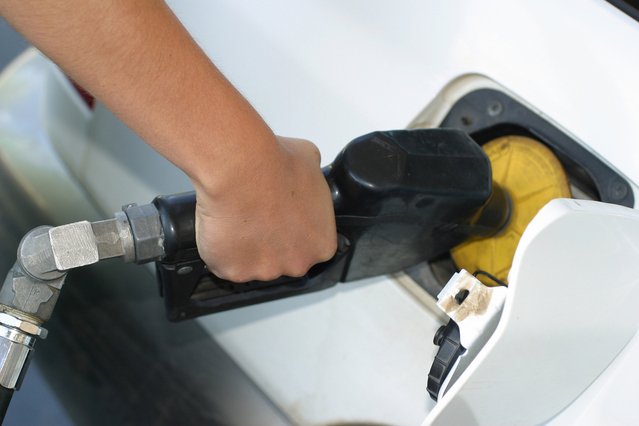 Albany, NY - March 10, 2017 - New York State has $117 million dollars coming to its coffers as a result of the national settlement stemming from Volkswagen cheating on emission standards. With asthma in many communities being at crisis levels, Environmental Advocates of New York has issued a call for Governor Cuomo and state legislators to invest these funds – 90-percent of which must be specifically designated for diesel emission reductions – to finally implement the Diesel Emissions Reduction Act (DERA) of 2006.

DERA has been delayed within the State Budget since 2010. It covers all state-owned and state-contracted-for vehicles.

Caitlin O’Brien, environmental health associate at Environmental Advocates of New York, and author of Sitting Idly By said, “Volkswagen lied to authorities and their consumers by cheating on emission standards, and they contributed to the air pollution harming the health of all breathers. We’re in a unique position – New York State can turn a bad situation into welcome action for communities where lungs are at risk and kids’ lives endangered due to dirty diesel. With all the roll backs we see happening at the federal level the question is ‘do New York’s leaders have the political will to lead by example and protect our air?’”

Eddie Bautista, executive director, NYC Environmental Justice Alliance (NYC-EJA) said, "Low-income communities of color have dealt with disproportionate levels of air pollution from diesel trucks for far too long. The lack of progressive regulations around diesel pollution need to be addressed. While $117 million is hardly a drop in the bucket, the Volkswagen debacle provides a chance to build momentum in the right direction and undo decades of environmental racism.”

DERA Delays Harm Public Health
Particulate matter from diesel emissions, also known as soot, can become lodged in the lungs of otherwise healthy people, and can cause or increase the risk of premature death, breathing problems, shortness of breath, asthma attacks, or respiratory infections. According to Dr. Christopher Portier of the World Health Organization (WHO), “... diesel engine exhaust causes lung cancer in humans. Given the additional health impacts from diesel particulates, exposure to this mixture of chemicals should be reduced worldwide.”

Studies have found that up to 20-percent of Bronx children have asthma, while Bronx residents suffered asthma-related deaths at three times the national average. At one school located near the Peace Bridge in Buffalo, 25-percent of students suffered from asthma according to a 2013 study. Approximately half of all residents at Albany’s Ezra Prentice Homes have asthma, where 1,000 diesel trucks pass by daily. Additionally, nearly 300,000 Long Island residents currently suffer from asthma.

Overall, the American Lung Association, states that there are 1.4 million adults and 315,000 children living with asthma in New York State, resulting in an estimated $1.3 billion in direct medical costs and lost productivity.

The Thruway Authority provided helpful data which demonstrated that 271 of 604 vehicles in the DERA program were compliant: 44-percent. And according to the Power Authority, 14-percent of their 111 vehicle fleet is compliant with the law.

Meanwhile, the DEC responded with an array of data from several other agencies, which fails to explain how the DEC (or some variation of the other agencies) account for an 82-percent compliance rate, raising significant confusion about the status of DEC operations, and DERA compliance government-wide.

O’Brien added, “There is no joy in pointing out that moms, dads, and kids statewide have been waiting more than a decade for New York State to follow through on its promise. Volkswagen funds mean there can be no more excuses and no more delays.”