Governor Cuomo signed into law a measure that will empower NYers exposed to contaminants from Superfund sites to file personal injury claims. 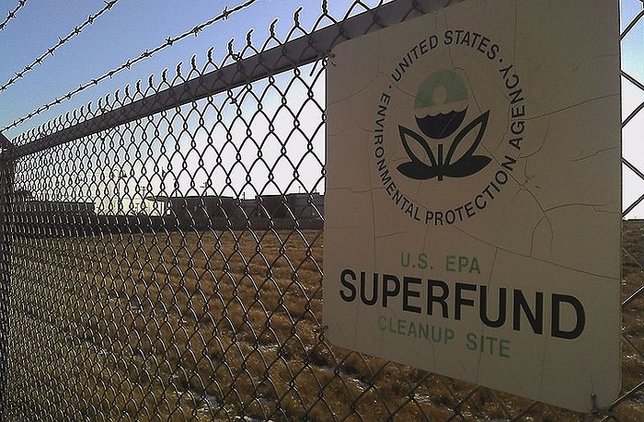 Photo by: "US EPA Superfund designation signage" by Markzvo, via Wikimedia Commons.

Albany, NY - July 21, 2016 - Today, Governor Cuomo signed into law a measure that will empower New Yorkers exposed to contaminants from Superfund sites to file personal injury claims against those polluters responsible. The bill that passed was in response to the water contamination crises in Hoosick Falls and Petersburgh. Residents there only recently began to learn about the health impacts, such as rare cancers, and the existing statute of limitations law that would not allow for those who have been sick for over five years to seek justice.

Now, residents in any area designated a Superfund will have the legal avenue to pursue costs associated with their medical care.

“The signing of this bill into law is not only a huge moral and legal victory for Hoosick Falls and Petersburgh residents, but an important step in holding polluters accountable. For too long, when crises like this occurred, residents were left reeling from the public health and economic consequences, while those responsible were allowed to slink away.

We thank all Hoosick Falls residents who fought for this bill to become law. They set aside personal fears so that others would not have to. We also applaud Assemblymember John McDonald (D-Cohoes) and Senator Kathy Marchione (R-Halfmoon) for shepherding this legislation to passage, as well as Governor Cuomo for quickly signing it into law.

What happened in Hoosick Falls, Petersburgh and Newburgh isn’t limited to those locations, nor is chemical contamination limited to PFOA. We call on the State Department of Health to take a page out the Vermont playbook and test all drinking water in the state for the presence of PFOA. We also look forward to working with legislators as hearings on developing a statewide action plan occur.”