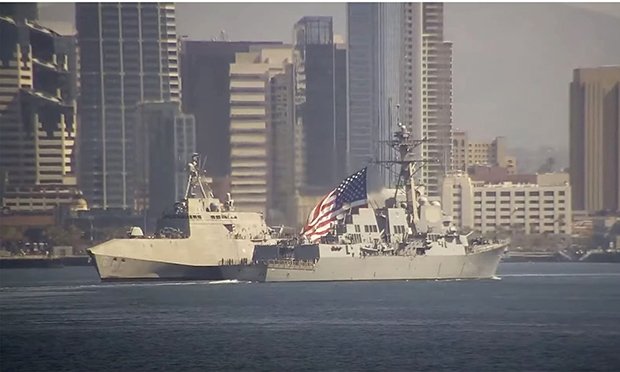 The USS Michael Murphy entered San Diego Bay on February 24 flying one of the largest American Flags ever seen.

According to a report on thedrive.com, the ship “proudly paraded its way to the naval base on the southeast end of the bay with an absolutely gargantuan—as in it could not possibly be any bigger—American Flag billowing in the wind off its port side.”

The ship is named for Patchogue’s Michael Murphy who was posthumously awarded the Medal of Honor for his actions in Afghanistan, which were later made famous by the film “Lone Survivor.” 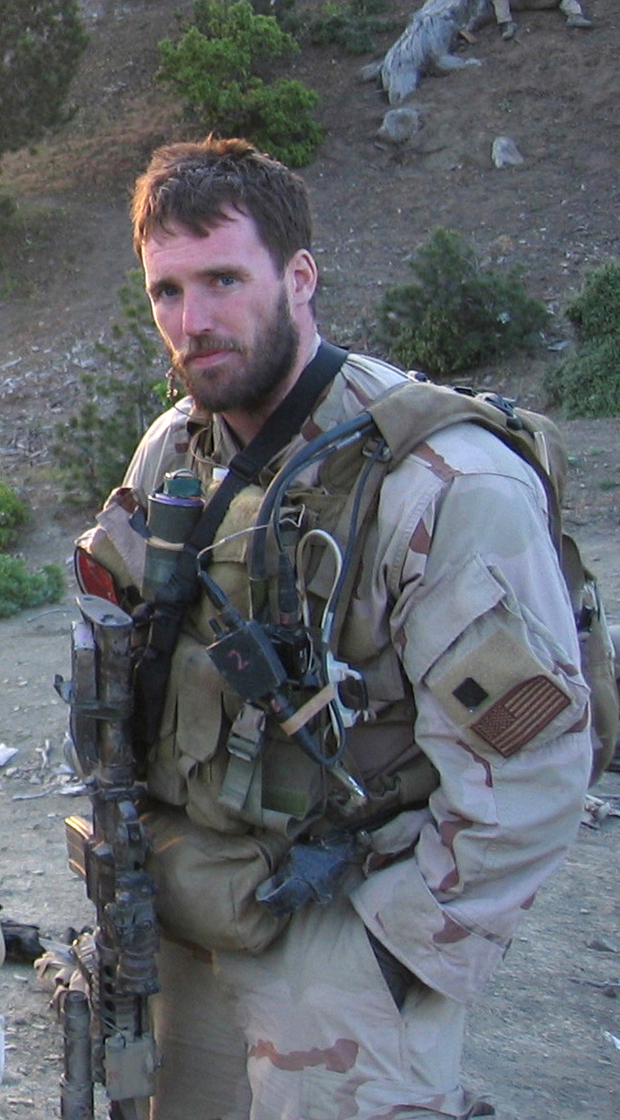 Murphy's actions are detailed by the Navy about his heroism when his team became pinned down in a firefight:

Despite the intensity of the firefight and suffering grave gunshot wounds himself, Murphy is credited with risking his own life to save the lives of his teammates. Murphy, intent on making contact with headquarters, but realizing this would be impossible in the extreme terrain where they were fighting, unhesitatingly and with complete disregard for his own life moved into the open, where he could gain a better position to transmit a call to get help for his men.

Moving away from the protective mountain rocks, he knowingly exposed himself to increased enemy gunfire. This deliberate and heroic act deprived him of cover and made him a target for the enemy. While continuing to be fired upon, Murphy made contact with the SOF Quick Reaction Force at Bagram Air Base and requested assistance. He calmly provided his unit’s location and the size of the enemy force while requesting immediate support for his team. At one point he was shot in the back causing him to drop the transmitter. Murphy picked it back up, completed the call and continued firing at the enemy who was closing in. Severely wounded, Lt. Murphy returned to his cover position with his men and continued the battle.

He died on the battlefield from his wounds. Murphy’s body was recovered and he is buried at Calverton Cemetary.

You can watch a video of the USS Michael Murphy coming into San Diego Bay below displaying its giant American Flag.