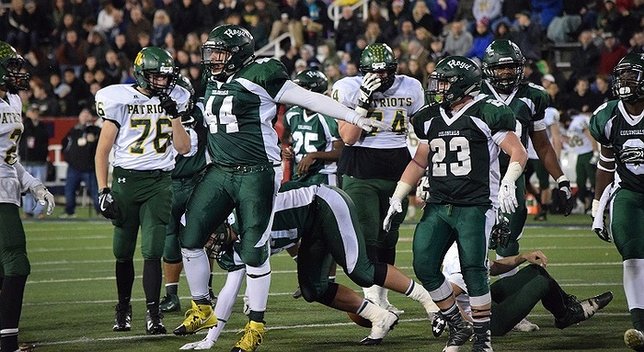 Michael Bradley #44 after a big stop in the Suffolk County Championship game against Ward Melville.

Mastic Beach, NY - December 8, 2016 - The Suffolk County Coaches Association has selected William Floyd High School senior Michael Bradley as this year’s Bob Collatta Award winner, an honor given to Suffolk County’s top linebacker, for his play on the field this past season. Bradley helped anchor a stingy Colonials’ defense, which gave up an average of just 15 points per game en route to a 17th consecutive playoff appearance and a 10th Suffolk County Championship in program history. Coach Paul Longo described Bradley as “an excellent athlete, a leader on the field and a hard-hitting linebacker.” 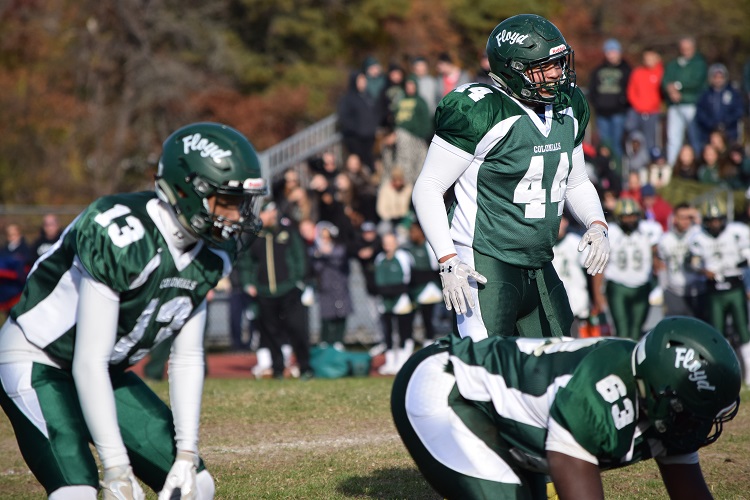 Pictured: Michael Bradley #44 prepares for a play in a playoff win over Longwood.

Bradley is the fourth player from William Floyd to win the Collatta Award with the most recent honor going to Dashawn Morton in 2013. Casey Terruso also won it in 2006 and Rob Fiese in 1993. Bradley also earned All-County honors and was named All-Long Island First Team by Newsday. pares for a play in a playoff win over Longwood.