One Year Since the First Combined Craft Manufacturing License Was Issued, 33 Manufacturers Have Received a Combined License. 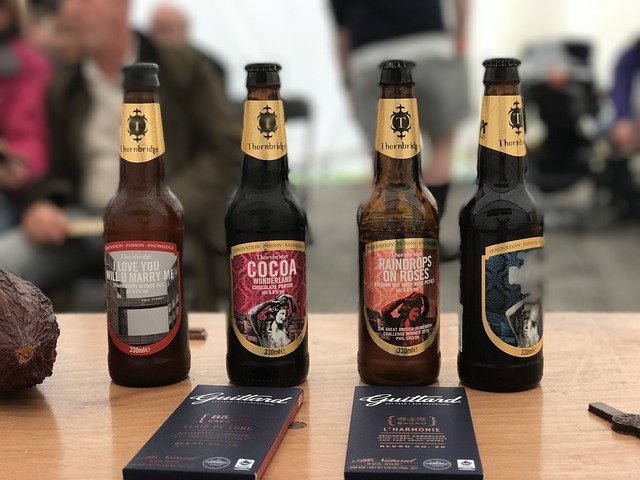 Albany, NY - March 1, 2018 - Governor Andrew M. Cuomo today encouraged New York craft beverage manufacturers to take advantage of the combined craft manufacturing license. The combined craft license was created on September 7, 2016, as part of Governor Cuomo's legislation to modernize New York's Alcoholic Beverage Control Law, which included expanded Sunday hour sales at bars, restaurants and tasting rooms by changing the statewide opening hours from noon to 10 am. The combined license merges craft manufacturing licenses into one application, cutting fees and reducing burdensome paperwork for small businesses. To date, 33 craft beverage manufacturers have taken advantage of this license and are now licensed to produce multiple types of craft beverages in a single location.
"With the enormous growth in New York State's craft beverage industry, this license cuts red tape and allows these businesses to continue to expand and diversify their products," Governor Cuomo said. "New York will continue to work to foster an environment where these businesses have the ability to grow and create jobs in every corner of this great state."
At the 2012 Wine, Beer and Spirits Summit, Governor Cuomo ended the State Liquor Authority's policy prohibiting multiple manufacturing licenses at the same location. The Governor recognized the additional burdens this policy placed, for example, on a small winery that wanted to also make whiskey - including building a separate facility. However, businesses holding multiple licenses were still required to file paperwork and renewals for each separate license.
The combined craft manufacturing license combines two or more manufacturing licenses into one application and requires only one $400 filing fee to reduce paperwork and costs. The combined license also saves applicants 10 pages of paperwork per additional license. The combined license may combine two or more of the following licenses: farm brewery, micro-brewery, farm cidery, farm winery, micro distillery, micro-rectifier and farm distillery.
The first combined craft manufacturer license was issued in December 2016, with a total of 33 manufacturers having received the combined license since enactment. While the State Liquor Authority is issuing approximately two of these licenses per month, there are still 104 current craft beverage manufacturers that hold multiple licenses that have not yet taken advantage of this new license.
State Liquor Authority Chairman Vincent Bradley said, "We see more and more craft beverage manufacturers producing all different types of alcoholic beverages that should be taking advantage of the combined craft license. Not only does the license save manufacturers money, it saves them time they can devote to their craft."
Under the leadership of Governor Cuomo, New York is now home to over 700 farm wineries, breweries, distilleries and cideries. The number of farm wineries in New York has increased by more than 75 percent, from 195 in 2011 to 348 today. The number of farm distilleries also grew from just 10 in 2011 to 123 today. Two new licenses have been created since 2012, including the Farm Brewery license in 2013 and the Farm Cidery license in 2014, which has led to the establishment of 202 farm breweries and 42 farm cidery businesses.
More information on Alcoholic Beverage Manufacturing Licenses is available here.