Governor Cuomo announced the appointment of a new task force to ensure compliance with the agreement to close the aging Indian Point nuclear power plant. 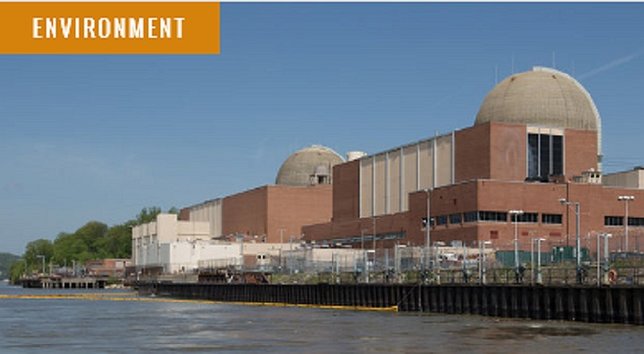 Albany, NY - February 28, 2017 - Governor Andrew M. Cuomo today announced the appointment of a new task force to ensure compliance with the agreement to close the aging Indian Point nuclear power plant in Westchester County and to provide guidance and support to affected local municipalities and employees. The task force will partner with local governments to address employment and property tax impacts, develop new economic opportunities and work force retraining. The task force will also monitor compliance with the closure agreement, coordinate ongoing safety inspections and review reliability and environmental concerns, among other issues.

"The landmark agreement to close Indian Point 14 years ahead of schedule will protect the health and safety of all New Yorkers," Governor Cuomo said. "The creation of this new task force will help ensure potential impacts on the local community will be minimized and that an open dialogue is maintained throughout this transition process."

On January 9, 2017, Governor Cuomo announced the closure of the Indian Point facilities by April 2021. The aging 2,000 megawatt nuclear power plant, located 24 miles north of New York City, has presented numerous threats to the safety of over 19 million people who live or work in the New York metropolitan area and its environmental health.

In recent years the plant has suffered from safety and operational problems, including faulty baffle bolts and various leaks and fires. The densely populated surrounding region lacks viable evacuation routes in the event of a disaster, and the plant has experienced more than 40 troubling safety and operational events and unit shut downs since 2012.

The State has extensively and proactively planned for the eventual closure of Indian Point by making sure more than enough replacement power is available to ensure reliability, mitigate electricity price impacts and achieve environmental objectives. Already, 730 megawatts of transmission improvements and energy efficiency are in-service via the Public Service Commission's Indian Point Contingency Plan, and more generation resources are slated to come online in the near future.

Given the closure date of 2021, there is ample time for local governments to plan for a future without Indian Point and mitigate local tax and workforce impacts, and the state stands ready to assist local governments in that effort. Tax payments from plant owner Entergy will remain in place through 2021 and ramp down gradually following closure. In addition, Entergy has agreed to offer employees jobs at other facilities, and the state is committed to working with affected workers to gain access to new jobs in the power and utility sector and to provide training in renewables, like solar and wind.

The New York State Department of Public Service will be responsible for convening the task force.