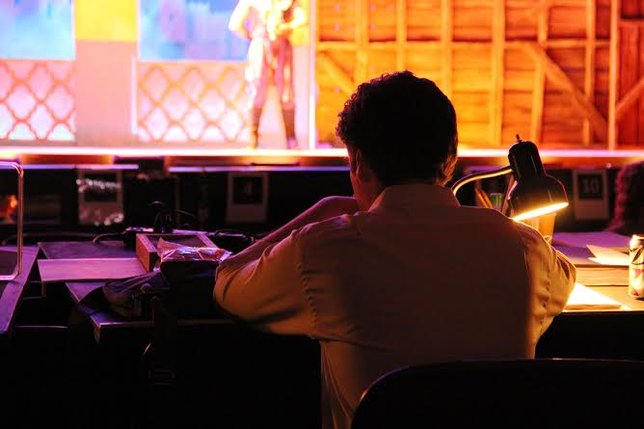 Sag Harbor, NY - February 28, 2014 - Bay Street Theatre has announced the 2014 Mainstage Season and has announced a local audition date for CONVICTION, TRAVESTIES and MY LIFE IS A MUSICAL and for Literature Live’s production of TO KILL A MOCKINGBIRD this fall.

“The summer of 2014 at Bay Street is a season of art and revolution,” says Scott Schwartz, Artistic Director of Bay Street Theatre. “We’re producing two world premieres and a modern classic, as well as innovative new programming around our Mainstage productions including the first annual Bay Street New Works Festival in April and Literature Live in the fall.  As the new Artistic Director of Bay Street and also as a new member of the East End community, I am deeply committed to making this theater a home for local artists.  I hope everyone who is interested in working with Bay Street comes to these auditions, and I look forward to this opportunity to continue to get to know our artistic community.”

All actors’ should prepare a brief monologue under 2 minutes. Actor’s who would like to be considered for musical productions should prepare 16 bars of music to sing. An accompanist will be provided.

Please bring picture and resume, stapled together to the audition.

TOM HODGES: A former English teacher, 40's. Married to Leigh. Handsome, bright, charismatic and a little cocky. We see him first as a joyous and brilliant family man and then, after he is convicted of having an inappropriate relationship with one of his students, as a man who is haunted by doubt, need, and pain and who wants desperately to find a way to get his old life back.
LEIGH HODGES: A nurse, 40's. Married to Tom. Warm, smart, attractive, quietly strong. She struggles as her belief in her husband, and ultimately all the choices of her life come into question. Her strong exterior masks deep doubt and pain underneath.

BRUCE WAGNER: A History teacher, 40s. A man’s man. Married to Jayne. A failed writer. Teaching is his fallback career. He wants to be a good friend to Tom, and tries to find ways to make life seem “normal” after Tom’s conviction.

JAYNE WAGNER: Owns a yoga studio and organic shop. 40's. Married to Bruce. A good mother who means well. But underneath her caring exterior is a judgmental and suspicious streak.

NICHOLAS HODGES: Tom and Leigh's son, 16. Angry, tortured and full of angst. Experimenting with drugs. He’s lived his whole high school life in the shadow of his disgraced father. But he has a sweet soul, if only given the chance to show it.

BENNETT: The perfect Butler - even more perfect since he is working in the British Consulate. 50-60 Flawless (high) dialect, manners, and poise. Extremely skillful with high comedy and elegant language, but equally important - slapstick and eccentric dancing a plus.

TRISTAN TZARA: Extremely charismatic. Charming, boyish, genius. 30-40. An artist of radical sensibilities, passionately political. Also he is very much in the elegant world of Importance of Being Earnest when required. Dancing and Singing and low comedy required. He uses a "funny Romanian dialect" at first, but mostly - high British.

JAMES JOYCE: Irish, Brilliant, a Genius. Censorious. 35-45 . Extreme facility with language. Also with crazy comedy. Dancing and some experience with easy magic tricks, a plus

GWENDOLYN: 25-35 (match with Tzara) A version of the Oscar Wilde GWEN from Importance of Being Earnest – but also a very engaged and passionate free-thinker. Attractive, Smart, Elegant - but also capable of Carnality and Lustfulness. Partial Nudity required. Extremely expert with language and highly developed comedic skills

MY LIFE IS A MUSICAL, Book, Music and Lyrics by Adam Overett
Marlo Hunter —Director/Choreographer

PARKER: Male, 30. A shy and bookish accountant, the earnest straight man constantly surrounded by a wacky musical comedy. He has always kept his feelings to himself, but throughout the show learns to open up in a big way. Ability with physical comedy a plus. Tenor/bari-tenor (to high Bb).

J.T.: Female, late 20s - early 30s. The manager of an indie folk-rock group. Outgoing, feisty, determined and tough, but also a vulnerable, passionate idealist. Believes very deeply in this group and will do anything to help them succeed. Thinks she’s a terrible singer herself, but is actually (from Parker’s point of view) incredible. Soprano with very strong belt/mix (to high D).

ZACH: Male, 20s. The lead singer of the group. Very sexy in a cool, indie-rock way, he wants to be the tortured artist, but is not as deep as he’d like you to think he is. A poser, but utterly likable. High rock tenor (to C).
RANDY: Male, 40s-50s. A music journalist who thinks he’s a film noir detective. Takes his job very seriously. Must be great with deadpan – think Leslie Nielsen in Naked Gun. Baritone/bari-tenor (to G).

ENSEMBLE
Must be strong movers/proficient dancers who are confident picking up choreography quickly both in the style of traditional musical theater and 80s jazz. Tap a plus. All must be physically facile, fearless and bold for the broad comedy required of the show. Seeking All Races and Ethnicities

WOMAN #1
any age, ethnicity or type; plays a wide variety of characters including a Rosalind Russell-like account executive. Soprano with belt.

WOMAN #2
any age, ethnicity or type; plays a wide variety of characters including a
super-snobby WASPy mother. Strong belter.

MAN #1
any age, ethnicity or type; plays a wide variety of characters including a server at a too-cool-for-school speakeasy and a pirate-like naval captain. Tenor.

MAN #2
any age, ethnicity or type; plays a wide variety of characters including a grumpy old hotel clerk. Baritone.

TO KILL A MOCKINGBIRD

BOO RADLEY/MR.GILMER: Played by one actor

The role of JEAN LOUIS FINCH (SCOUT) has been CAST. a young girl, age 9-12 years old

Bay Street Theatre is located in Sag Harbor, NY. It is a LORT C theatre.