Hempstead Man Arrested for Stealing Over A Dozen Personal Checks

The Crime Against Property Squad reports the details of an arrest for Grand Larceny that occurred between February 6, 2014 and February 26, 2014. 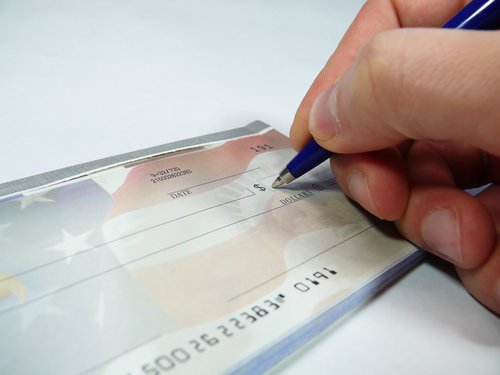 Hempstead, NY - February 28th, 2014 - The Crime Against Property Squad reports the details of an arrest for Grand Larceny that occurred between February 6, 2014 and February 26, 2014.

According to detectives, Donte Fearington, 21, of 66 Spencer Place, Hempstead was employed by AAA 1415 Kellum Place, Garden City.  While working in the mailroom, the defendant did steal approximately thirteen (13) personal checks from the mail received from customers of AAA.  The defendant would use acetone liquid to wash the ink off of each check.  This process is known as check “washing”. The areas of the checks that were washed away included the dollar amount and the payee name.  The defendant would then replace the payee name with his own name and include a higher dollar amount.  Fearington would then deposit the checks into his personal checking account totaling a loss of approximately $6800.00.

Donte Fearington was arrested on February 27, 2014 at his home without incident. He is being charged with Grand Larceny 3rd Degree and Possession of a Forged Instrument 2nd Degree and will be arraigned on February 28, 2014 at First District Court, Hempstead.