Never before in the history of our nation have women been drafted into military service; but, according to legal experts and military historians, the recent decision by the Obama administration to lift the ban on ... 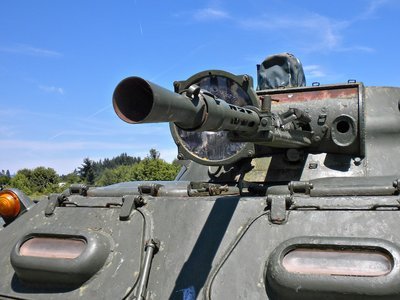 Never before in the history of our nation have women been drafted into military service; but, according to legal experts and military historians, the recent decision by the Obama administration to lift the ban on women in combat could change the draft registration law, forcing them to register.

Under the current law, only men between the age 18 and 25 are required to register with the Selective Service System for a military draft. Those who don’t register can face felony charges and be fined up to $250,000; but the Justice Department hasn't prosecuted anyone for that offense since 1986.

Those who do not register can also lose financial aid for college, be refused employment with the federal government and denied U.S. citizenship.

But now, since women are no longer excluded from service on the battlefield, the more than three-decades-old Supreme Court ruling making it constitutional to register only men for a draft, could change, subjecting women to the same regulations.

“Now that front-line infantry, armor, artillery and special operations jobs are open to female volunteers who can meet the physical requirements, it will be difficult for anyone to make a persuasive argument that women should continue to be exempt from registration,” said Diane Mazur, a law professor at the University of Florida and a former Air Force officer.

“They're going to have to show that excluding women from the draft actually improves military readiness,” Mazur said. “I just don't see how you can make that argument.”

Proponents of women in combat are also in favor of including women in draft registration as a matter of basic citizenship. “Women should have the same civic obligations as men,” said Greg Jacob, a former Marine Corps officer and policy director for the Service Women's Action Network. “We see registration as another step forward in terms of equality and fairness,” Jacob said.

“Excluding women from a draft reinforces a stereotype that they are less capable than men and need to be protected. Not every woman can handle a close combat job and neither can every man,” said Maj. Mary Jennings Hegar, a California Air National Guard pilot who served three tours in Afghanistan.

“But they can contribute in other ways if a crisis demands their service,” said Hegar, who received a Purple Heart for wounds she suffered during a mission near Kandahar, Afghanistan.

A new poll by Quinnipiac University, however, found that American voters resolutely oppose a return to military conscription; and for many citizens beleaguered by more than a decade of war, deliberations about drafting women into the military ring hollow.

The Quinnipiac survey did, however, find that Americans overwhelmingly support allowing female volunteers to serve in ground combat roles by a 75-25 margin.

For the past 40 years, the U.S. military has been an all-volunteer force; and it has worked very well. Typically, volunteers are more motivated, more disciplined and more physically fit than those that are conscripted into service. They’re also more likely to re-enlist, which creates more experienced military forces.

According to Rep. Peter DeFazio, D-Ore. and Rep. Mike Coffman, R-Colo., the Pentagon has no interest in returning to conscription due to the success of the all-volunteer force.

And if you’re concerned that you may soon find a draft notice in your mailbox, be assured that neither the Obama administration nor Congress are eager to call for registration; and there is no threatening national crisis that would make a draft likely. According to national security experts, the Selective Service System maintains a database of nearly 17 million potential male draftees, yet the odds of a draft being called are remote.

We invite public discourse and welcome your comments. Please include them below or on our Long Island Living Discussion Forum.